The year began with Taranaki's second driest January ever, with none of our monitored sites getting even a third of their normal rainfall for the month.

Totals ranged from 8% to 29% of normal, with an average of 17%, and our monitored sites recorded rain only on three to seven days during the month.

Our monitored sites on Taranaki Maunga recorded 17% to 23% of their normal Janary rainfall, with rain on five to seven days.

The region's driest January was in 2015. 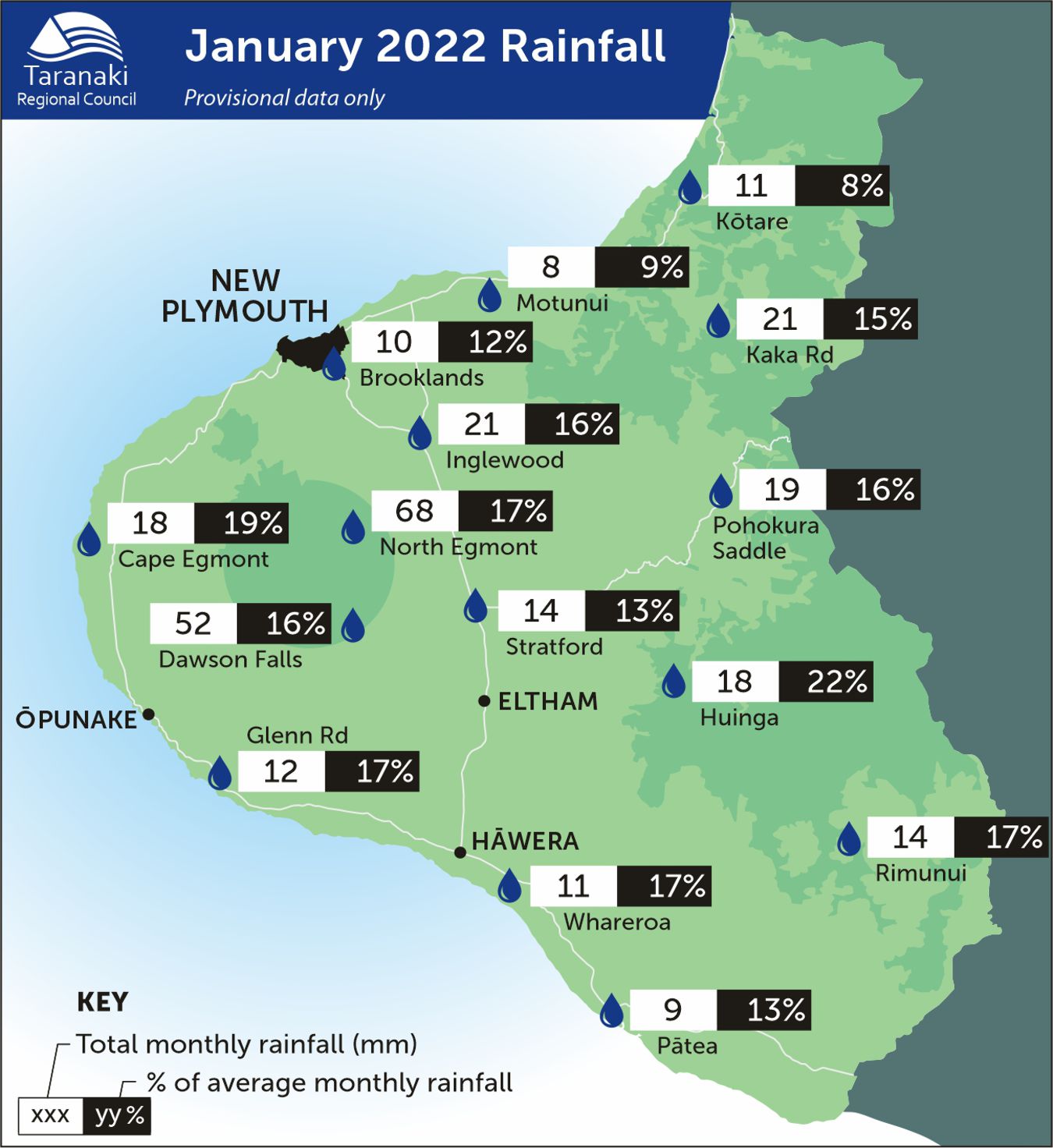 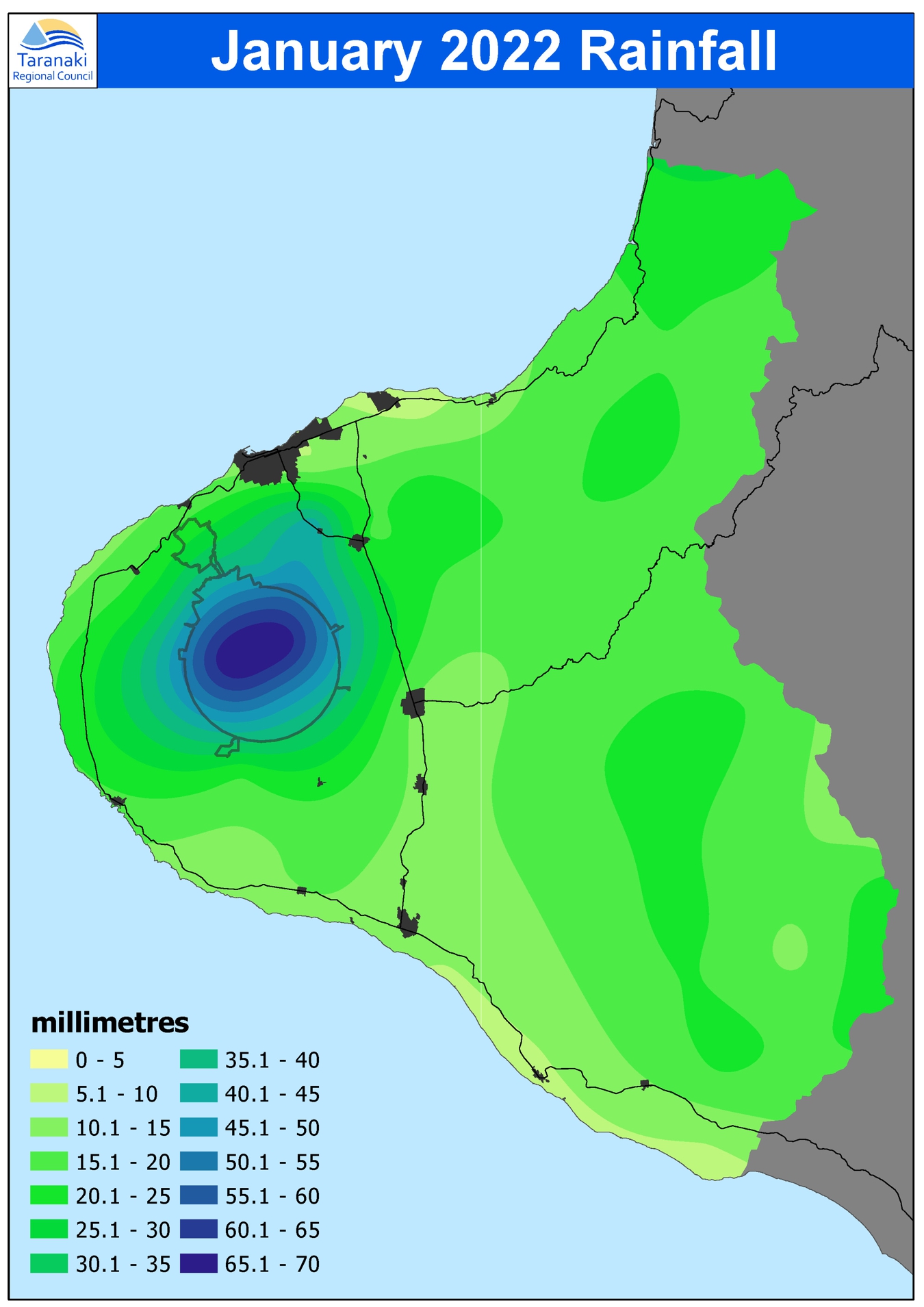