With two weekends of significant rainfall, a number of records were set in February.

Rainfall for February was extremely high with sites recording between 178% and 702% of normal, with an average of 354%.

This rainfall really only occurred on a handful of days, the 5th to 7th and then a week later from the 11th to 13th. The rainfall site at Cape Egmont recorded 628.6mm for the month, which is the highest February rainfall recorded for the site since records began in 1930.

Summer rainfall (December to February) ranged between 100% and 324% of normal, with an average of 199%. This was largely due to December and February recording well above normal rainfall, while January recorded well below normal. 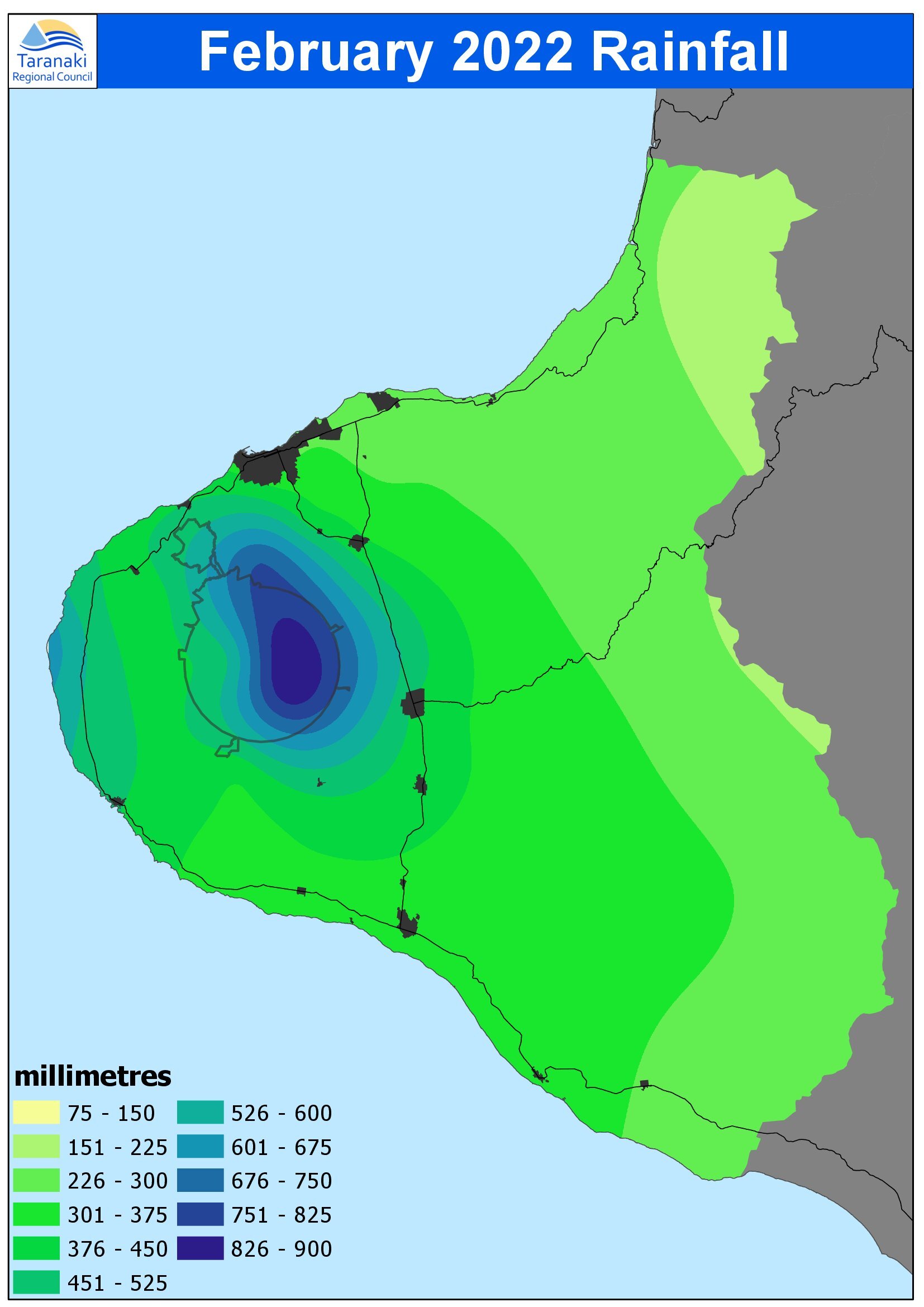