This update has been produced to keep you informed about progress on the repair and refurbishment of Yarrow Stadium, and to address inaccuracies and misapprehensions that have arisen in public discussion of the project. 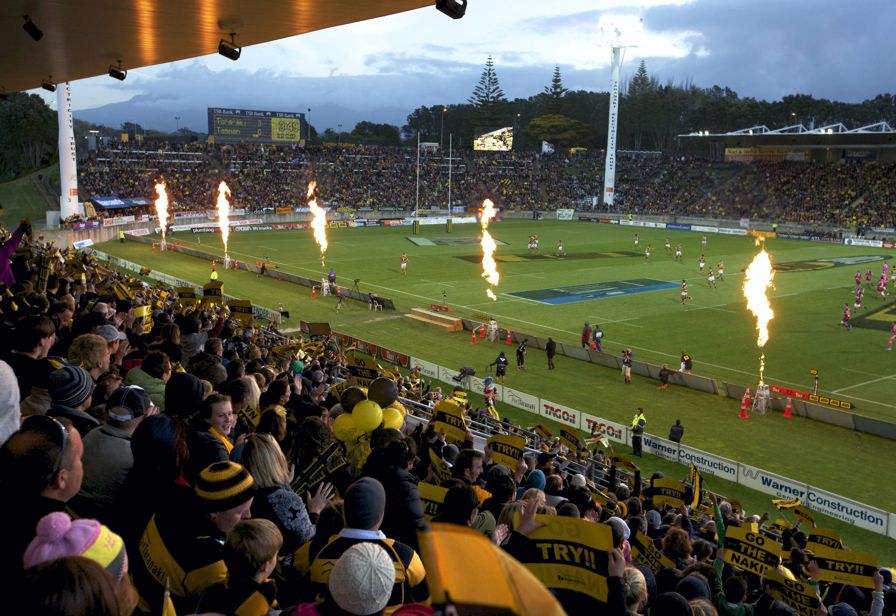 What the Council approved

Why the project was approved

What the Council has approved

Repairing and reinstating both earthquake-prone grandstands: This will include reconfiguring/modernising the East Stand (main stand) ground floor, which needs to be gutted to allow for repairs. This area will house facilities now required for international events – suitable changing rooms, referee room, drug-testing room, etc. Existing TRFU facilities will be destroyed and to make the most logical and efficient use of space, they will be replaced in a separate building.

Reinstating main pitch to appropriate standard: This will be required because the main pitch will be totally destroyed by the heavy machinery needed for stand repairs. The pitch was near the end of its life anyway, and replacement was due. 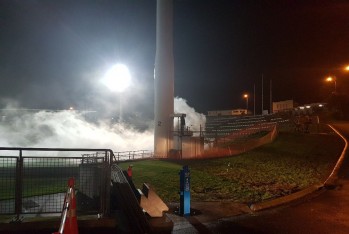 Other essential updates: Priorities are:

This work essentially restores what previously existed, with essential updates.

The estimated cost is $48 million, with a contingency allowance of $2 million. So the Council’s budget for this project is up to $50 million. This will be funded with a 25-year loan.

Why the Council approved the project

In a nutshell, the central questions facing the Council were: Does Taranaki need an international-grade stadium? And if so, what needs to happen to achieve this?

The Council strongly believes that if Taranaki is to be a vibrant and thriving region, we need a venue that can host international events. So it is clear that Yarrow Stadium must be reinstated to what it was, with refurbishments that are necessary to meet current and foreseeable requirements for such venues.

An economic study by BERL found that in the 15 years to 2017, the Stadium added $100 million to the regional economy, and predicted that future benefits would be considerably larger. That’s not counting the priceless global exposure gained during high-profile international events such as Rugby World Cup fixtures with a backdrop of Mt Taranaki.

The Council’s unanimous decision followed lengthy deliberation. It was based on full consideration of all the possibilities, taking into account expert analyses by engineers, geotechnical specialists, economists and others, as well as a thorough public consultation process.

The project will future-proof the stadium. Lesser options would simply be saddling the region with a Stadium that would not be fit for purpose and able to host international events without further spending.

This vision was adopted by both the Taranaki Regional Council and New Plymouth District Council in 2015 after consultation with the regional sports sector, and was reaffirmed by the TRC in May 2019 when it approved the repair and refurbishment project.

The decision to proceed with the repairs and essential refurbishments was made in May, and took effect with the start of the new financial year on 1 July. Progress to date:

Why not just demolish one stand and keep the other?

The earthquake-prone problems relate to ground instability as well as construction/engineering issues. Ground instability means remediation work is required to make it safe for use by a large number of people, regardless of whether they’re housed in a grandstand. So repairing one stand and demolishing the other would still come at a significant cost, and the Stadium’s would still not be suitable for international events. It’d be a backwards step.

Why not demolish one stand and make the pitch larger to allow for cricket?

Repairing one stand and demolishing the other would still come at a significant cost because the problems are with ground instability as well as construction/engineering. NZ Cricket has made it clear that it does not see the Stadium as a future venue for international fixtures. We’d be wasting our money and our time.

Isn’t this an opportunity to reshape the stadium into something more easily used by other codes?

We’re not starting from scratch, we’re working with what we already have. If we were to start again, the cost would far exceed what we’re spending on repairs and essential refurbishments.

I’ve heard the main stand will have to be completely demolished. Is that right?

That’s wrong. The main stand’s problems relate mainly to engineering/construction and the interior will be largely gutted to allow the repairs to be carried out. It will certainly not be demolished.

Why not just repair the stands for $33 million and leave it at that?

Repair of the stands, without undertaking other refurbishments, was costed at $36 million. However, the venue would still not be suitable for top-grade national and international events. So it would be a waste of money. The other refurbishments aren’t luxuries. They’re necessities.

Where did the Council get all its figures and estimates?

I’ve never been to the stadium and I never will. Why should I have to pay for it?

The whole regional community benefits from the stadium – to the tune of $100 million over the 15 years to 2017, according to an economic study that also predicted a significant increase in future years. And attendance at major events doubled between 2014 and 2017 (see BERL report www.trc.govt.nz/yarrow1). In a wider sense, it’s all about ensuring Taranaki remains vibrant and thriving, with a broad range of economic, social and recreational opportunities, and able to attract skilled newcomers to help make it even better.

Why should all this ratepayer money go into a stadium that’s just for rugby? 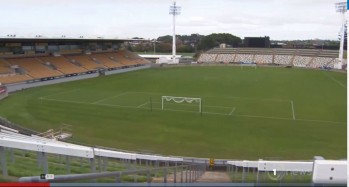 Did you see the Stadium on TV the day we announced the project? It was set up for soccer! (www.bit.ly/YarrowTV(external link)) Yarrow Stadium has hosted NRL league, FIFA Under-20 and Phoenix football, T20 cricket and extreme motorsport exhibitions. 130,000 attended these. And non-sport use has been growing too. Yarrow Stadium is for much more than rugby! See www.trc.govt.nz/yarrow1

Why are ratepayers funding a new gym and offices for the rugby union?

The gym and offices will need replacing because they have to be destroyed to allow the stand to be repaired. They are being relocated to a separate building because we need to reconfigure and update the main stadium’s ground floor to provide for current requirements for international events – drug-testing area, referee room, etc. It’s all about making the best use of space. And don’t forget that rugby pays rent and is the Stadium’s anchor tenant – without it, we wouldn’t have a stadium allowing us to host international fixtures across a range of codes.

Why are you ignoring public opinion?

We’re confident the community at large shares our vision for Yarrow Stadium: The best non-metro stadium in the country for national and international sports, entertainment and community events, offering a quality experience for all who use it. We talked to stadium users, sporting and non-sporting, and we ran a thorough consultation process. Many people and organisations shared with us their perspectives and opinions. We took all this into account when we made our decision.

Wasn’t your consultation flawed? What about the extra ‘none of the above’ option that was added during consultation?

Right from the start of the consultation period, some submissions clearly indicated lack of support for any of the options. At the request of sporting groups, however, an option of ‘other’ was subsequently added, although ticking this would in effect be supporting an option that didn’t exist. The Office of the Auditor-General found no reason to investigate our process, despite a couple of complaints from those who disagreed with our decision.