A consortium led by GHD Woodhead Creative Spaces and New Plymouth-based firm Boon has been awarded the contract to design the new East Stand for Yarrow Stadium. 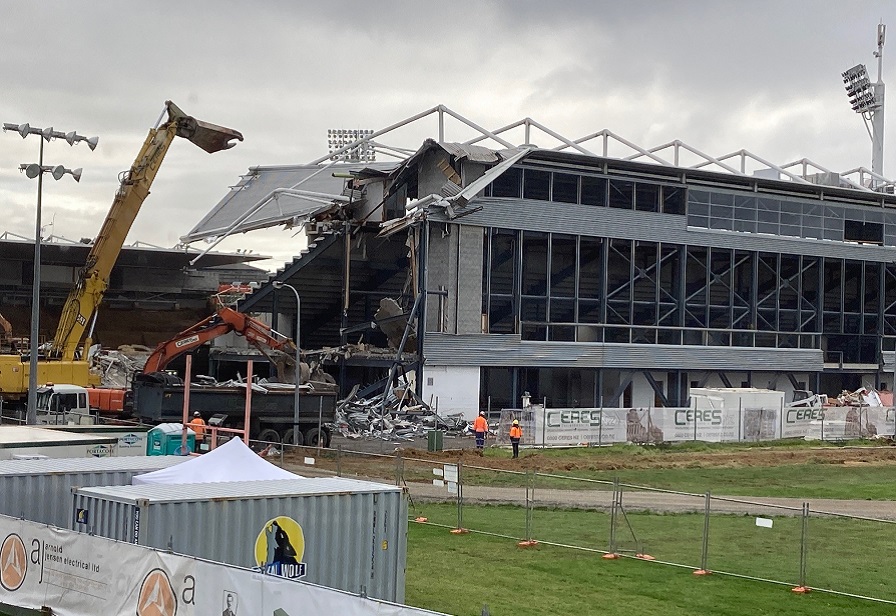 The current East Stand is being demolished to make way for a new stand.

The architects will be supported by Beca (structural and civil engineering), Aurecon (mechanical and electrical services) and Holmes (fire services). Additional service contracts will be confirmed shortly.

The design and build of the new stand is the largest single component of the project’s total $50m budget, says Taranaki Regional Council Chairperson David MacLeod.

“Getting the design of the new stand underway is a big milestone and having a strong team on board is critical to the successful delivery of the project.

“Between them, these organisations have worked on projects like North Harbour Stadium, Mt Smart Stadium and Rotorua Energy Centre. We’re excited to have this wealth of experience and expertise working on the design of our new stand.

Consultation with stakeholders is underway now to gather feedback on how the facility will be used and features needed, explains Mr MacLeod.

“The design will make the new East Stand more usable, more often, by more people because flexible use spaces are being built into the new stand.”

For example, he says, amenities will be designed in a way that allows outer field users to access changing rooms without opening up the entire facility.

Yarrow Stadium will re-open in 2022 with the repaired West Stand, but the new stand will not be available until late 2024, with construction scheduled to begin towards the end of March 2022.

The Council has budgeted $50m for the refurbishment of Yarrow Stadium - $20m of which is funded from the COVID-19 Response and Recovery Fund.

“We acknowledge that constraints in the building sector may put pressure on that budget, but it is our intention to stay within the $50m approved and agreed by ratepayers.

“The project has been designed to focus on the core components of the stands, field and lighting, with enhancements to surrounding areas to be considered once we have greater certainty on final costs.”

The stand replaces the existing East Stand which was closed in 2018 due to being earthquake-prone, and is currently being demolished.