A significant milestone has been reached in Taranaki’s Self-help Pest Programme as the first landowners take control of predator traps on their properties.

A significant milestone has been reached in Taranaki’s Self-help Pest Programme as the first landowners take control of predator traps on their properties. 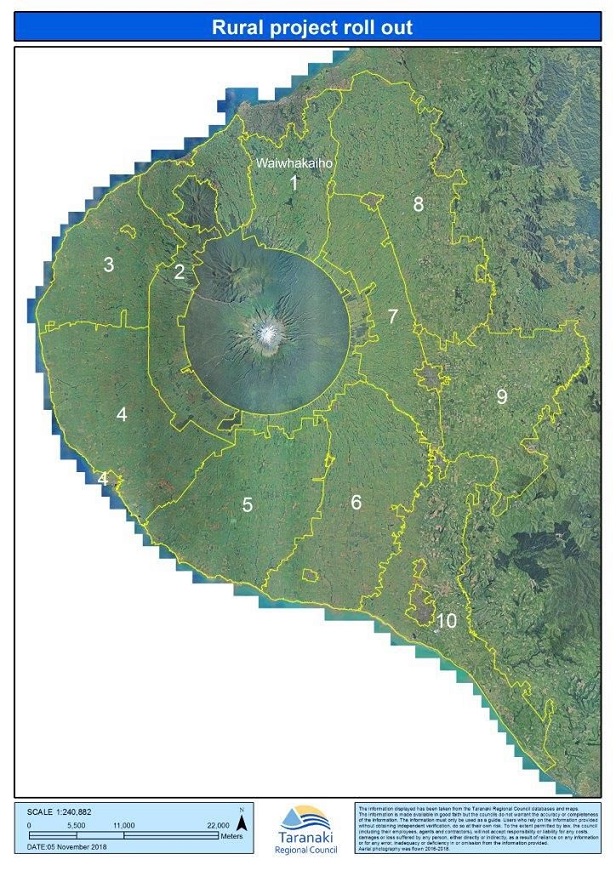 Taranaki Regional Council’s long-running Self-help Possum Programme was extended in 2018 to also target mustelids such as ferrets, stoats and weasels.

This came after the Council secured funding for the country’s first and largest landscape scale predator control project, Towards Predator-Free Taranaki, as a part of the Predator Free 2050 initiative. The mustelid trapping networks will be rolled out across the region over a 10-year period.

Council Environment Services Manager Steve Ellis says as part of the agreement with landowners, contractors set up and maintained the traps through an initial knockdown phase.

Over the past 12 months contractors have helped those in Waiwhakaiho, stage one of the project, take over management of the traps on their properties and have now removed around 50% of the traps installed for the knockdown. The remaining traps, if managed properly, will be sufficient to maintain the success achieved to date, Mr Ellis says.

Predator Free 2050 funding has enabled farmers to obtain these traps at a significantly subsidised price - a 78% discount off their retail value.

With the handover complete, stage one landowners have been asked to take over regularly checking, clearing and resetting the traps, as well as entering the trapping information into TrapNZ.

Mr Ellis says the effective management of mustelids, along with an ongoing commitment to the control of possums, will play a massive role in helping native wildlife flourish as well as stopping the spread of diseases such as Tuberculosis (TB).

“We want to thank all the landowners involved in the programme, as their commitment to controlling predators on their properties is vital to its success.

“In particular we acknowledge the effort stage one landowners have put in to get to this point. Taking ownership of pest control on their properties is a positive step forward and an exciting milestone for the programme.”

Taranaki Federated Farmers President Mark Hooper says taking ownership of the programme on their properties is the right thing for farmers to do.

“It is a critical step in improving our regional native biodiversity, however the logistics, support mechanisms and technology all need to work well to make the programme sustainable for busy farmers.”

Mr Ellis says the new technology has been designed to be quick and easy for farmers to use however he acknowledges it is still early days.

“Council staff are in regular contact with the landowners, advising them about ongoing control and providing support. As part of this we welcome constructive feedback about any aspect of the programme.”

Landowners with questions can contact their Council Environment Officer.