Reflecting on a true community effort

It’s been a busy few months for the Towards Predator-Free Taranaki team – which is exactly the way we like it.

It’s been a busy few months for the Towards Predator-Free Taranaki team – which is exactly the way we like it. 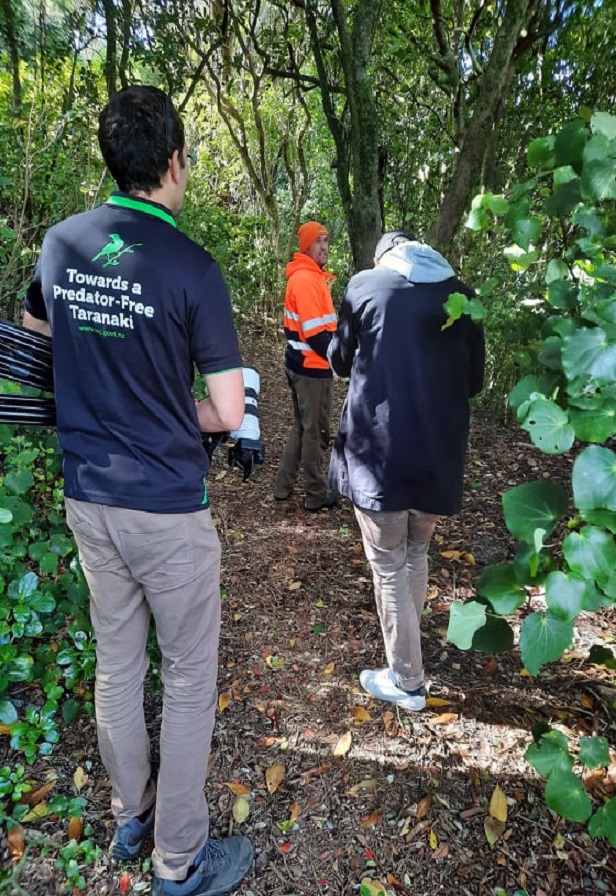 However we did have some fun recently creating a new video highlighting what the project is all about, what it has achieved so far and what lies ahead.

While being in front of a camera was definitely outside my comfort zone, filming was a great chance to stop and reflect on how far the project has come since it launched in 2018.

During filming we talked to Taranaki farmers, schoolkids, city-dwellers and an iwi ranger. Although all from different walks of life, they share a commitment to leaving this region better than how they found it.  They’re also all excited about the native birds they can see returning and take satisfaction out of helping make that happen.

They have a lot to be proud of, as does the wider Taranaki community.

Urban residents are embracing backyard rat trapping, with thousands of traps distributed to households across Taranaki. The rural programme is now into year three with almost 1000 farmers signed up to trap stoats, in addition to their long-running possum programmes. And the trailblazing Zero Possum eradication project, covering the Kaitake Range to the coast, continues to make steady progress towards the goal of complete possum removal.

Just last month, two toutouwai (North Island robin) were spotted at Lake Mangamahoe, at least 15km from Te Papakura o Taranaki (the national park). Nearly 100 have been released by Taranaki Mounga Project(external link) since 2017 – which was 110 years after they were last sighted on the maunga. The birds are extremely susceptible to introduced predators so it was exciting to see how far they’d safely travelled.  That’s just one example of many.

The challenge now is to build on this momentum and step it up a level. While a predator-free Taranaki is a long-term goal, there are real gains to be made along the way. To do that, we need your help – after all, the more people that get involved the faster we bring back the birds.