A tiny native bird, the toutouwai (North Island Robin), has returned to Pukeiti Garden for the first time in 112 years after intensive trapping has created a safe haven.

A tiny native bird, the toutouwai (North Island Robin), has returned to Pukeiti Garden for the first time in 112 years after intensive trapping has created a safe haven. 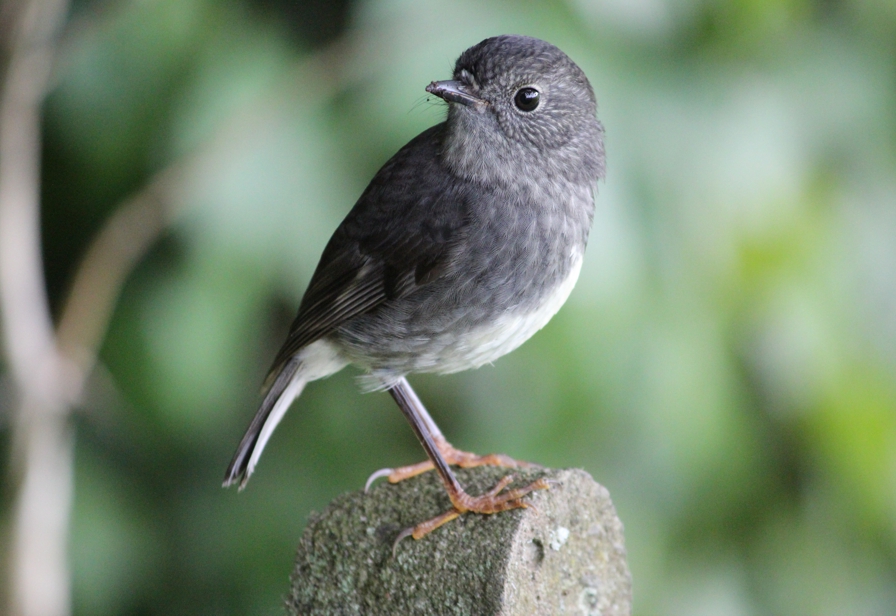 The small birds - weighing as little as 27-30gms – have been spotted around the café at Pukeiti Gardens several times in the past few weeks.

“It’s exciting to see these little guys - toutouwai have been extinct from Egmont National Park for 112 years, but they’re coming back thanks to intensive predator control,” Towards Predator-Free Taranaki Project Manager Toby Shanley says.

Taranaki Mounga Project have led an intensive rat trapping program in a 1000 hectare block on the north eastern side of Mount Taranaki below North Egmont, with 2160 self-resetting A24 gas powered traps, creating a safe environment for Robin to survive and breed. Almost 100 robin have now been released in this safe area through 2017 and 2018.

“The sighting at Pukeiti, around 15 kilometres away, shows that with predator control robins are breeding and spreading to other areas. This is what we can expect to see more of as our community works together, removing predators as part of Towards Predator-Free Taranaki, It’s great to see them settle at Pukeiti where Taranaki Regional Council has intensive predator control already in place” Mr Shanley says. He captured a video of the tiny bird in Pukeiti (video below).