It’s official - Taranaki is bringing back the birds!

The number of tūī recorded in Taranaki has risen by 24% in the past five years – a greater increase than any other region in the North Island.

The number of tūī recorded in Taranaki has risen by 24% in the past five years – a greater increase than any other region in the North Island. 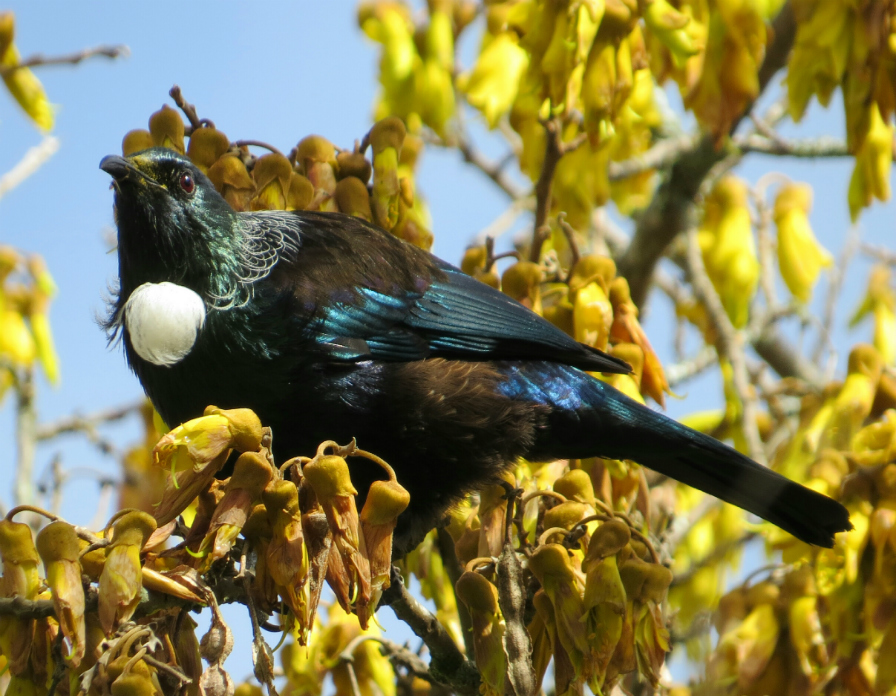 The survey uses statistical techniques to account for variations in sample numbers between regions, providing a simple yet powerful snapshot of bird trends and the health of our environment.

Steve Ellis from Towards Predator-Free Taranaki says this is great news which the community should be proud of.

“The results confirm what we already suspected, which is that the predator control Taranaki is doing is making a real difference for our native species.

“For a while now we’ve been hearing anecdotal reports about the increase in birdlife. People are noticing more tūī, kererū and other native birds in backyards and farms, parks and gardens and in our urban centres, which is awesome.”

Towards Predator-Free Taranaki was launched in 2018, as part of the Government’s vision of a predator-free New Zealand by 2050.

“It’s an ambitious goal but if we can maintain this momentum, who knows what we can do,” Mr Ellis says.

Towards Predator-Free Taranaki’s urban project continues to go from strength to strength, with a network of volunteers looking after traps in public spaces. Schools have embraced the vision while backyard rat trapping has become a way of life for many urban families.

The rural project has reduced stoat numbers by 90% in areas covered to date, with a trap buffer in place all the way around Taranaki Maunga. Landowner support is high, with farmers adding stoats to their long-running possum control.

The 2021 New Zealand Garden Bird Survey(external link) runs from 26 June to 4 July, with Taranaki residents encouraged to get out in their backyard or a public park to listen for and look for 14 common garden birds.

More details along with a downloadable bird tally sheet are at gardenbirdsurvey.landcareresearch.co.nz.

The Towards Predator-Free Taranaki team will also host a bird count event at Pukeiti on June 27 from 10am to 12pm. Bring your tally sheet and they’ll be on hand to help you identify the garden’s birds.