Grey-faced petrels have been spotted around Oākura, sparking excitement a new breeding colony may be becoming established among the coastal cliffs.

Grey-faced petrels have been spotted around Oākura, sparking excitement a new breeding colony may be becoming established among the coastal cliffs. 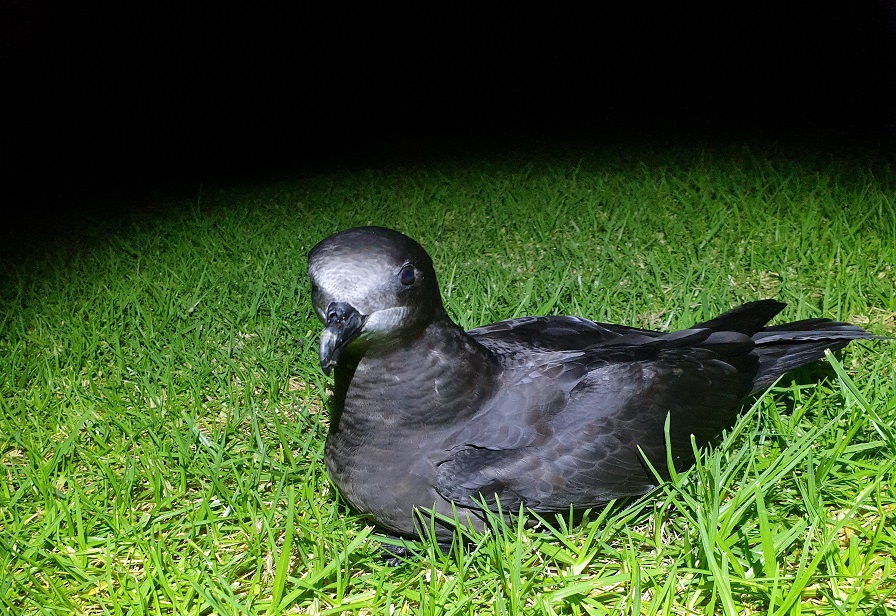 If confirmed, it would be just the second colony of the native seabird in Taranaki.

That possibility is “very, very exciting”, according to Towards Predator-Free Taranaki project manager Toby Shanley, who spotted the birds near the end of Ahu Ahu Road this week.

Hearing their distinctive call one night, Toby took a torch outside to investigate. He came across two of the birds on the ground, with about 10 to 20 more flying overhead.  As he walked north along the coast he spotted three more near the Oākura Campground.

Toby had seen a sole grey-faced petrel last August, but the sighting of so many and at this time of year has him much more hopeful.

“It would be amazing to have another colony of these special birds in our region. And it’s a great indication that the predator control work being done by locals is having a real impact.”

Grey-faced petrels are slow and clumsy when on the ground and nest in burrows, which makes them extremely vulnerable to stoats. Introduced predators such as stoats are one of the main reasons grey-faced petrels have become so rare on New Zealand’s mainland, their main breeding colonies remain on predator-free offshore islands.

Rural land surrounding Oākura was part of the second phase of Towards Predator-Free Taranaki back in 2019/2020, with the programme supporting landowners to trap mustelids (stoats, ferrets and weasels). With mustelids now under control, grey-faced petrels may be venturing back to breed, Toby says.

“The coastal cliffs are the perfect habitat for them. This is the time of year they are pairing up – they breed for life – and preparing burrows in which to lay eggs. So to see so many around now is certainly a good indication they are either breeding here, or trying to.”

Taranaki’s only other mainland colony is protected by a predator-proof fence at Rapanui, near Tongaporutu. Small colonies are scattered around the coasts of the upper North Island, mainly on headlands and peninsulas adjacent to the sea.

Toby plans to search the coast for burrows, to establish whether there is indeed a colony growing.  He is keen to hear from anyone in Oākura and surrounds who may have seen or heard the birds or seen possible burrows.

The best time to see and hear the birds is at night, as they travel out to sea to feed during the day.

And they’ll be loving our recent weather as they “love a stormy night”, says Toby.

To read more about grey-faced petrels and listen to their call go to www.nzbirdsonline.org.nz(external link).  Record a sighting at www.inaturalist.nz(external link) or email pftaranaki@trc.govt.nz. You can also contact Towards Predator-Free Taranaki(external link) on Facebook or by calling 0800 736 222. 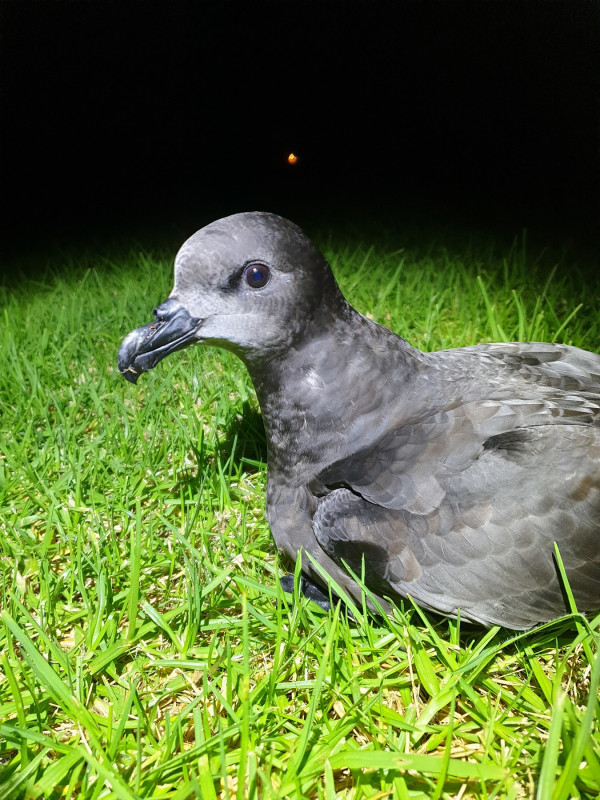