A New Plymouth grandmother who traps rats and possums in her backyard, says it’s the best decision she’s made to protect biodiversity, and is urging others to follow suit.

A New Plymouth grandmother who traps rats and possums in her backyard, says it’s the best decision she’s made to protect biodiversity, and is urging others to follow suit. 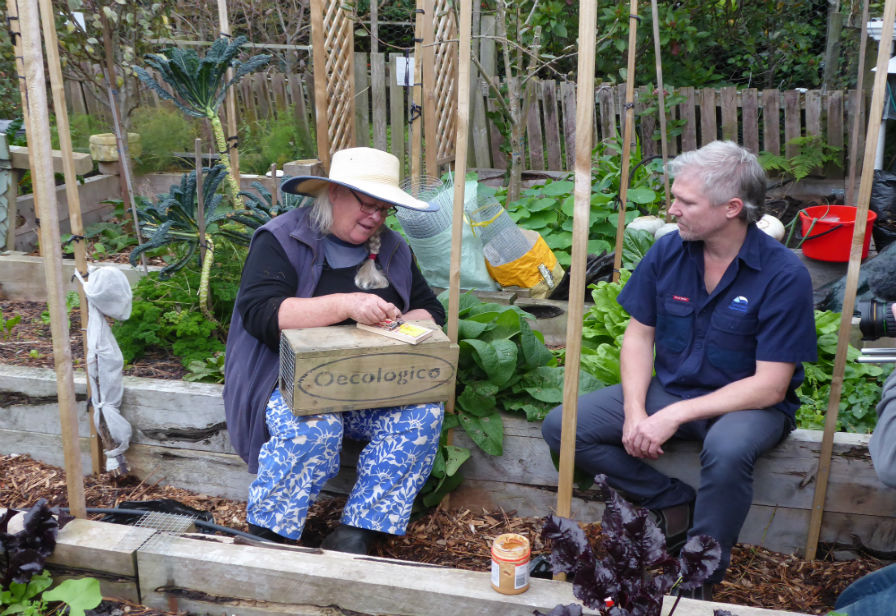 Tricia Thompson, a midwife and gardener, says her fruit and vegetable garden is flourishing, no longer attacked by the predators that were frequent visitors. It’s also brought back beautiful native birds to her backyard.

She’s noticed the difference since she started regularly trapping possums on her Fitzroy property a few years ago. She’s recently included rat traps too.

Ms Thompson and other New Plymouth urban residents are the focus of a region-wide biodiversity project, Towards a Predator-Free Taranaki, which is supporting Taranaki’s wildlife, native plants and healthy ecosystems.

“If I can do it anyone can” says Tricia.

Towards a Predator-Free Taranaki is working to ultimately get rid of introduced predators from the region - on urban and rural land and across Egmont National Park – and prevent re-infestation.

Phase one of the long-term project focuses on New Plymouth where residents are invited to a series of free urban trapper workshops. The first will be held at 1.30pm on Sunday 17 June at New Plymouth District Council Chambers where residents can get advice and/or pick up a subsidised $10 rat trap and box, which is pet and child-safe. Urban trappers will also get access to a free trapping app, helping monitor the number of predators caught and collating the project’s work.

Led by Taranaki Regional Council, the project is a collaborative venture with Taranaki Mounga Project, iwi of Taranaki, the biodiversity trust Wild for Taranaki, Federated Farmers, New Plymouth District Council, Stratford District Council and South Taranaki District Council. It is also supported with $11.7 million from Predator-Free 2050 Ltd – the Government’s company set up to eliminate rats, stoats and possums from New Zealand by 2050.

“It’s imperative we get New Plymouth residents on board, helping remove introduced predators like rats so we can see more Tui, Kereru and bellbirds and the return of Tomtits in our city,” TRC Environment Services Manager Steve Ellis says.

These birds are indicator species and when we start to see more of these then we’ll know the project’s working, bringing together predator work on rural, urban and conservation land, improving lifestyles and taking Taranaki forward,” he says.

Tricia says she had never used traps before, but setting her rat and possum traps was so simple.

“It’s easier than people might think it is and it’s not yucky at all,” she says.

Other work for the project is also underway including research and technology, helping inform work with rural Taranaki, which will be rolled out in different phases around the region.

Residents wanting to sign-up or register their interest in the project can do so here: https://www.trc.govt.nz/environment/working-together/pf-taranaki2050/#Registration