A family of copper skinks have set up home in a New Plymouth community garden – with a little help from their human friends.

A family of copper skinks have set up home in a New Plymouth community garden – with a little help from their human friends. 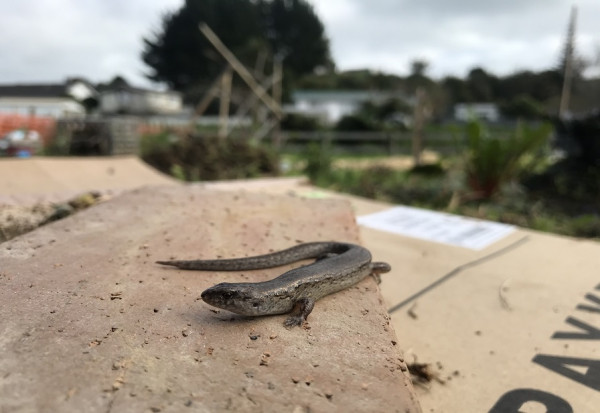 New Zealand’s smallest native lizard used to be common in New Plymouth but is becoming increasingly rare in the city.

So when Taranaki Regional Council ecologist Halema Jamieson got a call to say at least four skinks had been spotted at the Marfell Community Garden, she was keen to check them out.

The copper skink looks very similar to the Australian plague skink, but Halema confirmed the Marfell skinks are indeed the native variety.

The Marfell Community Garden is a Sustainable Taranaki project that started last November on New Plymouth District Council reserve land, with the support of Mitre 10 Mega.

Every second Sunday, people of all ages and backgrounds gather to work in the garden – which has come a long way in a short time. And it’s not just the kids who are excited by the skink discovery. On Sunday volunteers got to work building a lizard lounge of bricks and debris for their littlest residents, following advice given by Halema.

She says it's important people don't try and catch or handle lizards.

"It's best to create a safe place for them then leave them alone as much as possible."

Halema says predator control in the area will play an important role in protecting the skinks, which are susceptible to rats and mice as well as cats. There is a network of traps along the nearby Mangaotuku Stream, a rat trap in the garden itself and several neighbours also have backyard traps.

While the garden does grow precious food for its community, available through a pātaka kai, local resident and gardener Andrew French has a bigger vision.

“It’s about connecting people and the community,” he says. “I see the garden as resource where we can show people how to grow food in their own gardens at home.”

If you live in the area and want to help remove predators, you can buy a $10 rat trap pack from Marfell School, with the school keeping the proceeds.

If you find a lizard in your garden and want help identifying it, go to www.inaturalist.nz(external link) or NZ Lizard identification - expert ID(external link). 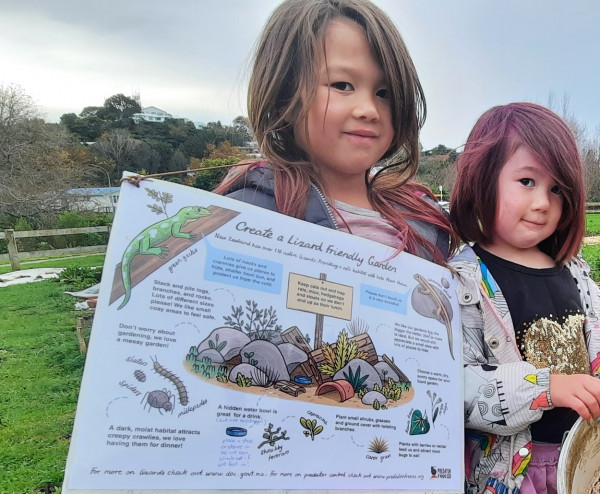 The habitat made for the skinks 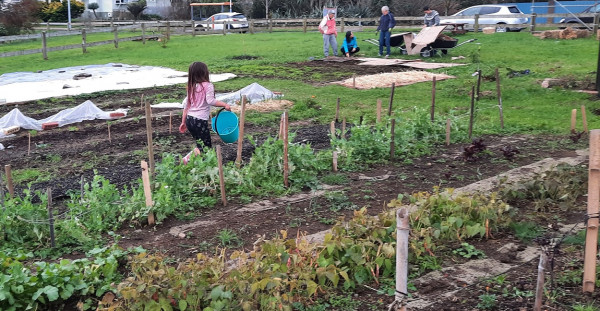