About Towards Predator-Free Taranaki

A commitment to our region. A promise to the next generation.

Launched in 2018, the trailblazing project is using the latest trapping techniques, innovation and technology, sharing lessons learned as the country works towards its Predator Free 2050 target.

Posted by Towards Predator-Free Taranaki on Thursday, 18 October 2018

The shared vision is to see abundant and diverse native wildlife and plants flourishing in Taranaki in the absence of introduced predators, which are one of the greatest threats to Taranaki’s biodiversity, lifestyles and livelihoods; particularly in tourism and primary industries.

Taranaki has unique advantages because of its relatively compact geography, its regional and national expertise in biodiversity and predator control, and strong community collaboration and enthusiasm at all levels.

And it’s already getting results. Native wildlife lost to parts of Taranaki, like kiwi and the North Island Robin, are returning for the first time in decades due to intensive predator control.

But we’re only just getting started. Towards Predator-Free Taranaki - Taranaki Taku Tūranga is a long-term goal, with short-term benefits that will accelerate as predator control expands around the mountain.

The support of our community is crucial to success of the project – if we all work together, we know it can be done.

In the first 10 years, the project’s objectives are to: 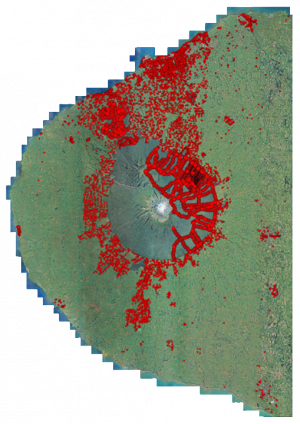 Phases of work under way in the next 10 years: (links through to each page)

The long-term project is funded for the first five years by the Crown-owned Predator Free 2050 Ltd, the Taranaki Regional Council and Taranaki’s community. We will see results faster, improving our ecosystems, economy and biodiversity, the more funding we can obtain.

If you’re trapping at home, register with the online database Trap.NZ, via its website or app. Then record all your catches and also your trap checks (even when nothing has been caught). This makes Trap.NZ a source of valuable data tracking the region’s efforts and identifying gaps.