October was a month of contrasts for rainfall in Taranaki, ranging from 65% of the average for the month at Waitotara at Hawken Rd to 164% at Mangati at SH3.

The average across the region was 101.1% of the long-term average although there was less rain on the Maunga where rainfall was only around 60% at North Egmont and Kahui Hut. Year to date rainfall is sitting between 110% (Kotare at OSullivans) and 163% (Kapoaiaia at Lighthouse) with an average of 126.8% of normal.

Mean river flows for October were generally below typical October averages at around 74.5% while mean river water temperatures were 13.7ºC, an average of 0.3ºC above long-term October values. 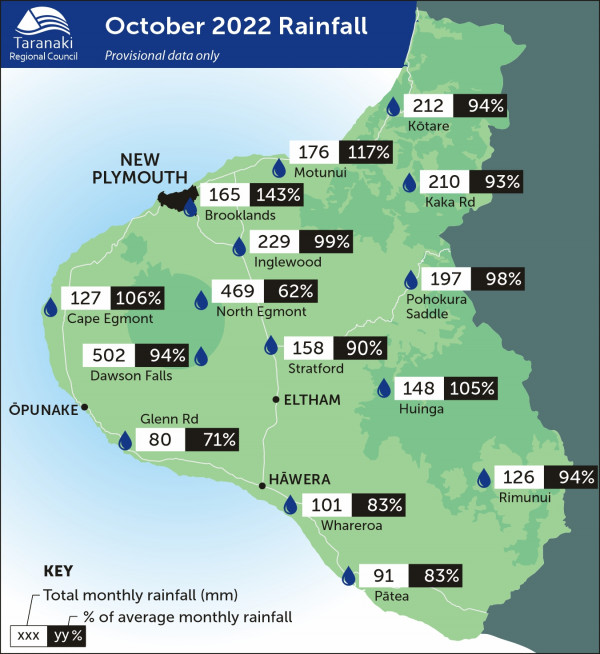 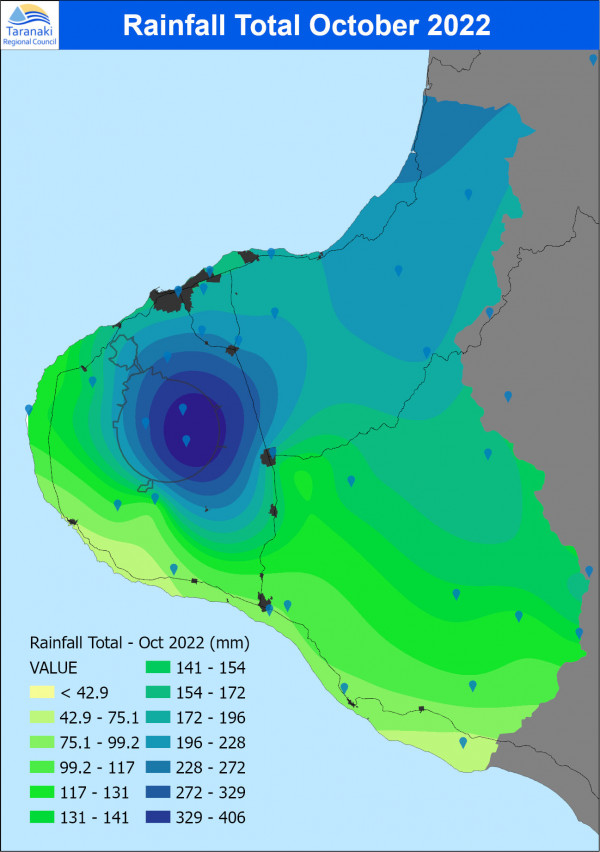