The rain stayed away from Taranaki Maunga in December with just 60% of the long-term average recorded at North Egmont.

It was a different story in the Eastern Hill Country with 194%  at Mangaehu at Bridge. Across the region, rainfall was 109% of the long-term average. Total rainfall for 2022 ranged from 112% (Kotare at OSullivans) to 158% (Kapoaiaia at Lighthouse) with an average of 128.6% of normal.

Mean river flows for December were close to typical December averages at around +19.6% while mean non-mountain river water temperatures were 17.6ºC, an average of 0.3ºC warmer than long-term December values. 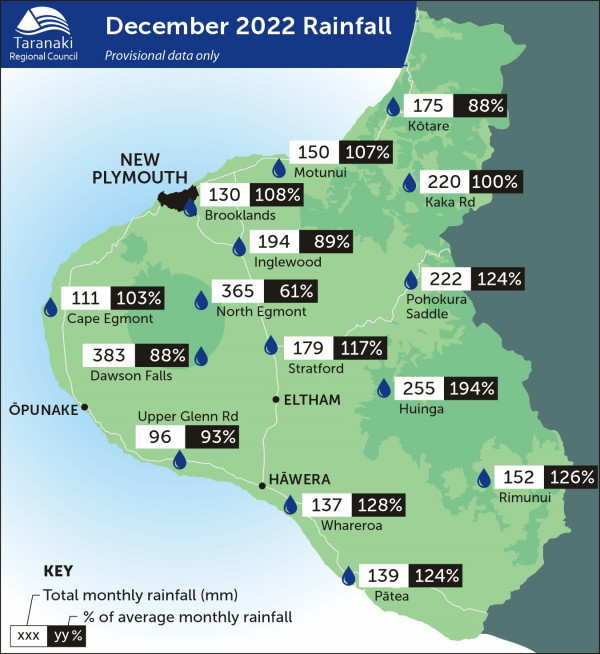 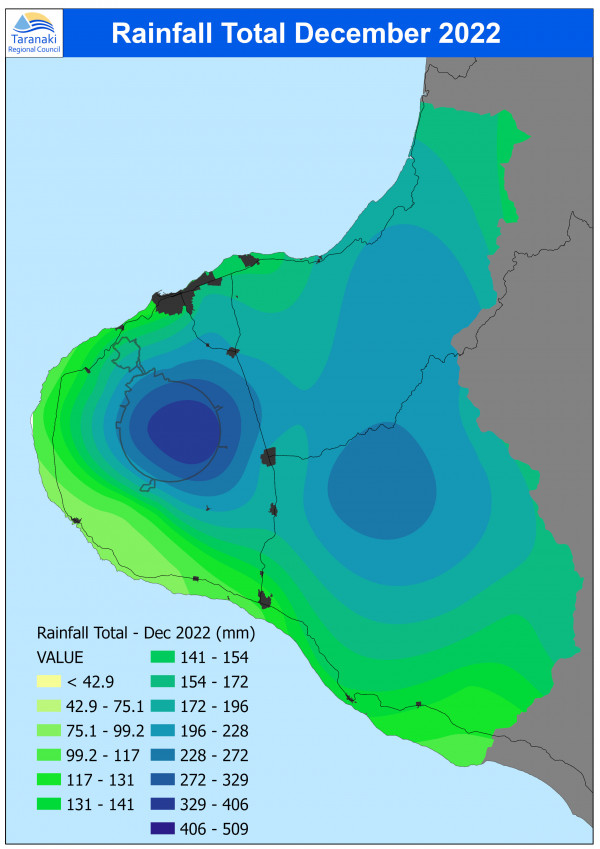