August was exceptionally wet, with many rain-gauges collecting more than twice the typical rain for the month.

Year to date rainfall is sitting between 113% (Manganui at SH3 Midhirst) and 211% (Dawson Falls) with an average of 141.7% of normal. Cape Egmont remains at around 211% of normal to date and has already received 95% of a typical year’s rain in eight months.

Mean river flows for August were high like July, and generally above typical August averages at more than two times normal long-term averages. Mean river water temperatures were an average of 1.3ºC above long-term August values. 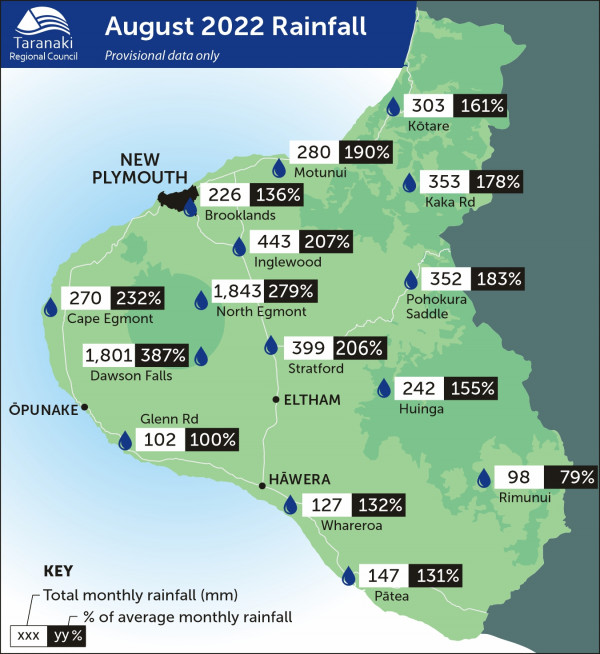 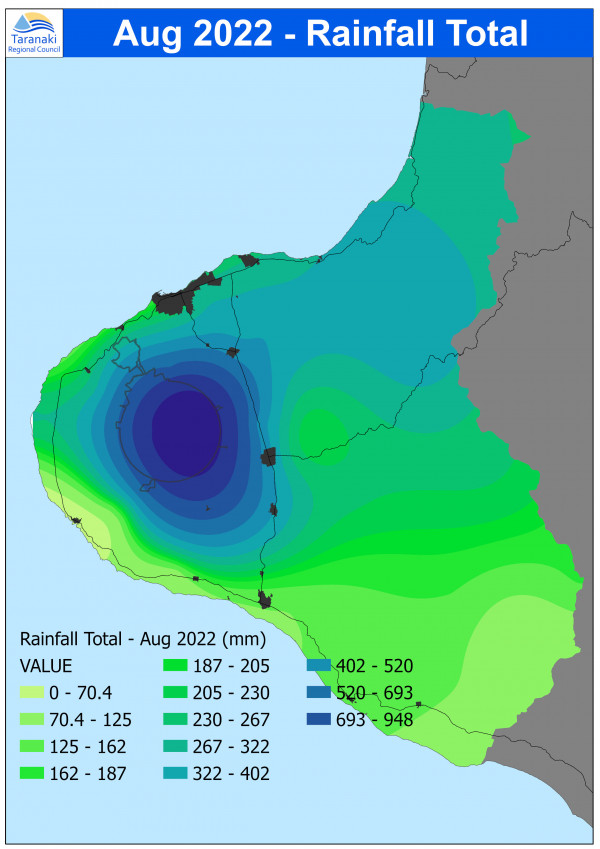