Which spurge is which?

It's important to know the difference between shore spurge and sea spurge. Shore spurge is part of our precious indigenous biodiversity; sea spurge is an invasive weed that's a target for eradication. 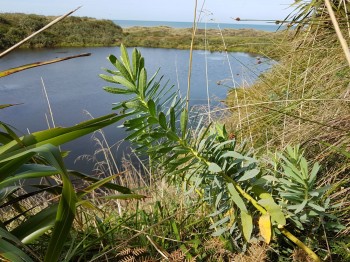 Shore spurge is a coastal plant that colonises coastal sand dunes and can also be found on coastal cliffs and gravel banks. It is in decline nationally and threatened in its normal habitat.

It was relatively common along Taranaki's western and southern coasts from Sugar Loaf Islands to the Whenukura Estuary, and at Whitecliffs. Many of these small populations have disappeared or become degraded and vulnerable. Private landowners, councils and community groups are reintroducing it to some areas. 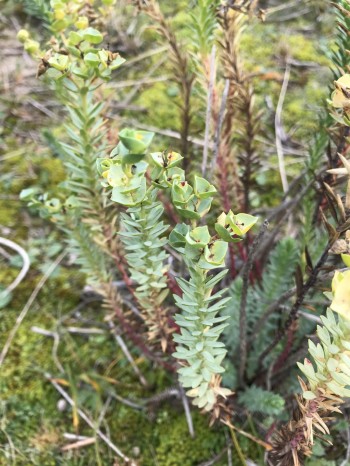 Sea spurge is a coastal weed that will have serious impacts on our coastal environment if it becomes established. It is thought to have arrived on ocean currents from Australia, where it has caused major enviornmental problems by displacing native plants and changing natural patterns of sand movement.

Sea spurge was found near Aotea Harbour in 2012 and a single plant was detected at Mōkau in 2019.