2022 fixtures in sight as Yarrow Stadium timelines firm up

Clearer timelines are emerging as good progress is made in the Yarrow Stadium Redevelopment Project. West Stand repairs are expected to be finished in November, with sporting and other events possible at the venue next year. 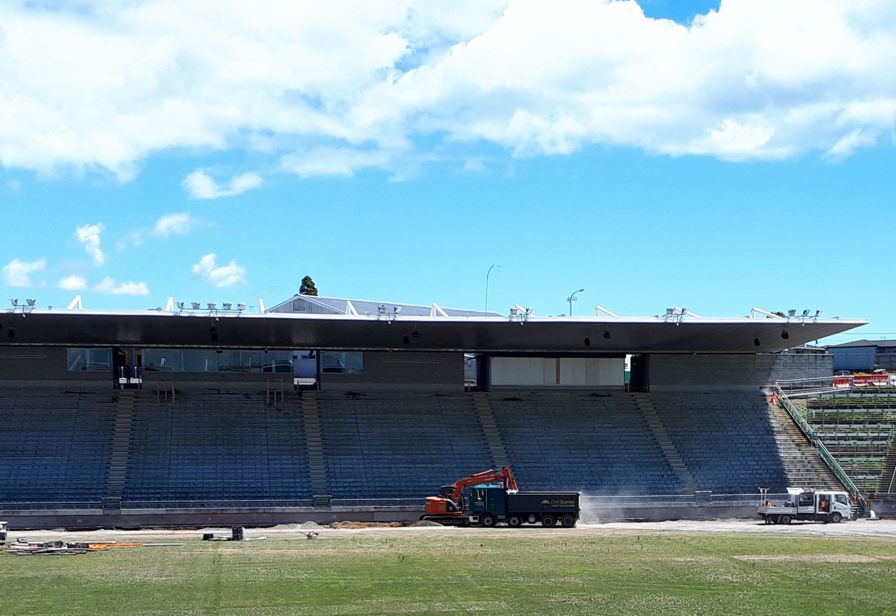 Repairs to the West Stand require removal of the seats and the concrete bleachers beneath them.

The West Stand repairs are mostly taking place under the structure. The foundations and the ground itself are being strengthened and stabilised to withstand seismic activity and meet earthquake safety requirements. This work also includes removal of the seats and the concrete bleachers under them.

“As access to the foundations is made easier, the contractors, Clelands Construction, have been able to make a more detailed assessment of the work required. Completion date for the West Stand repairs is now projected to be November this year,” says David MacLeod, Chair of Taranaki Regional Council which owns Yarrow Stadium. “While we all would have loved to have a stand usable in time for this year’s NPC rugby fixtures, this was always a hope, not a promise. The overriding priority is to get the redevelopment done properly, regardless of the time it takes.”

“This is very exciting for all of our stakeholders including our players, commercial partners, members and the general public. Our immediate attention is on a successful 2021 season while the strengthening project is completed.”

Besides repairs to the West Stand, the Yarrow Stadium Redevelopment Project also includes:

“It’s Yarrow Stadium Plus,” says TRC’s David MacLeod. “We’re going for a venue that’s fit for a wider range of users and scale of uses. It will be worth waiting for.”

The West Stand repairs were the first tender let, and the community will be kept updated as timelines and details are finalised for other elements of the refurbishment project.

Mr MacLeod says the Council is very grateful for the Government’s ‘shovel-ready’ contribution of $20 million towards the total project budget of $50 million.

Yarrow Stadium’s two grandstands were declared earthquake-prone in 2017 and 2018, and closed to the public.