Pete Morgan is one of the lucky ones. Lucky enough to live in a spot, in Taranaki, where there’s native birds in his backyard every day. 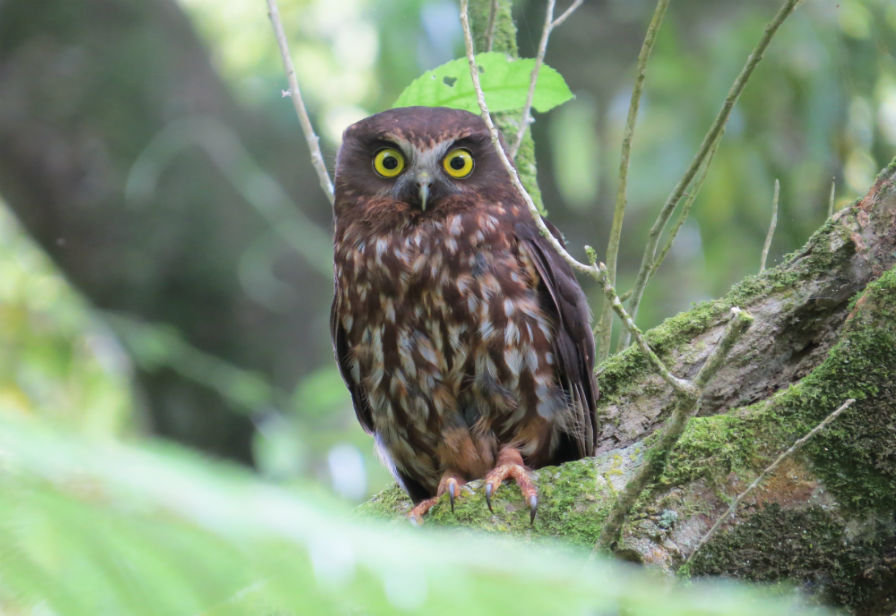 After a busy day at work covering Oākura and Okato to Oaonui, these beautiful birds remind Morgan of the big picture, helping recharge his batteries when he returns home to Lucy’s Gully, in Oākura.

“It’s quite cool, they’re just nice to come home to after work.”

However, Morgan’s surprised and overwhelmed by the Kaitake community’s drive to get trapping too. Residents who don’t live on the edge of Egmont National Park, like he does, but who still want to help remove predators. They want to support the native wildlife that will one day spill over into urban and rural areas, as predators are removed, becoming a regular attraction in their lives too.

The dozens of unsolicited offers he’s received to help trap predators have come from Oākura, Ōkato and Omata to Oanui locals of all ages, from young children, teens, mums and dads, through to grandparents. They’ve trickled in since about 300 residents came through the door at a community open day to rejuvenate biodiversity, called Restore Kaitake, on Sunday 5 August.

“I’ve been flat-out co-ordinating heaps of people wanting to help, getting more traps and managing who’ll set the traps then monitor them. Everyone’s really keen to get involved, it’s just great,” he says. 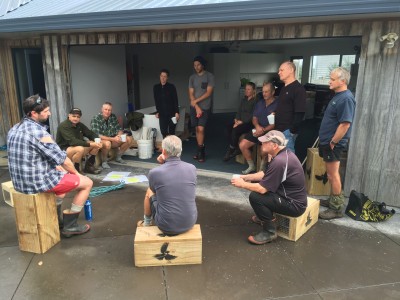 There’s been more offers to help trap predators than ever before in the past 11 years that Morgan’s been Chairman of Kaitake Ranges Conservation Trust, formerly Ōkato Development Trust. An increase in membership at the local conservation group, jumping from eight to about 40 in the past year, is an example of how the community’s interest in supporting local biodiversity has exploded. Residents are lining up wanting to help native wildlife and plants, by trapping stoats, rats and possums – the Trust is planning for another 36 traps to be set on the private land that borders Egmont National Park. In total it looks after about 200 traps.

Morgan hopes the community’s unprecedented demand signals a shift that people are more aware and value biodiversity, helping to protect and support it, before it disappears.

He sees the trapping work by his community, on private land and Egmont National Park, as complimenting Towards Predator-Free Taranaki and the work of Taranaki Mounga Project, large-scale projects which are scaling up predator control. The work is also feeding into the region-wide biodiversity plan, Restore Taranaki, overseen by Wild for Taranaki.

“It’s all working towards the same thing – having more native birds, wildlife and plants, intertwined within our daily lives. It’s pretty cool,” he says.

It’s just a matter of time before more residents wake up to the beauty he experiences on a daily basis.

To start or expand trapping in your backyard, order your subsidised traps here: https://www.trc.govt.nz/environment/working-together/pf-taranaki2050/#Getinvolved