New trapping technology is helping the large-scale removal of stoats, ferrets and weasels in rural New Plymouth – the first step in a large scale rural operation that will be a New Zealand first. 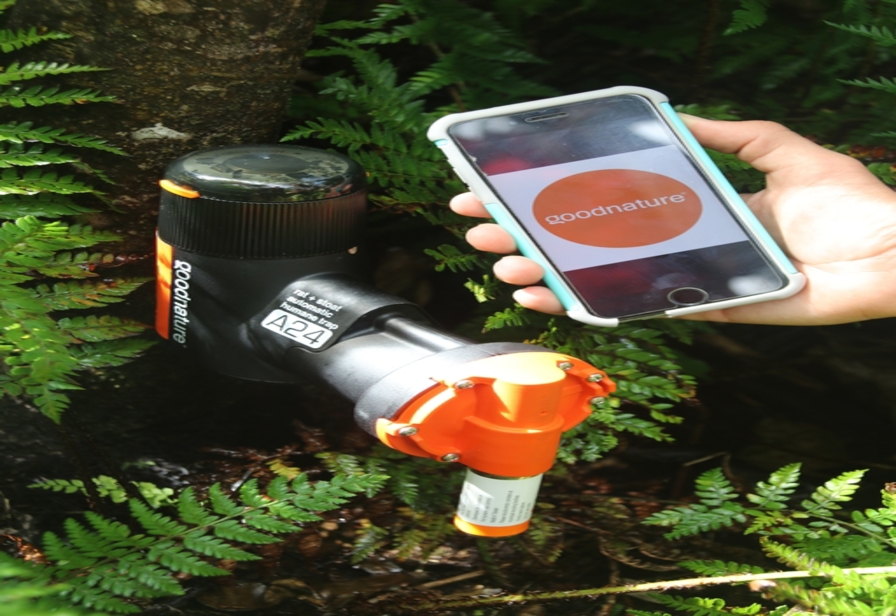 Wireless traps will make trapping more efficient, sending an alert to a mobile device when they have a catch

About 2100 self-resetting traps and wirelessly monitored traps, which send a notification to a mobile device when they’re activated, are being placed across 14,200 hectares of rural land between New Plymouth and Egmont National Park, as part of Towards Predator-Free Taranaki – the largest project of its kind in the country.

The rural operation builds on Taranaki’s successful Self-Help Possum Programme and will cover 235,000 hectares by Year 10 of the region-wide project. It will be the largest rural predator operation in the country, but is just one phase of the multi-pronged work of Towards Predator-Free Taranaki, which is removing stoats, rats and possums across rural, urban and conservation land to help Restore Taranaki - a region-wide mission.

“It's exciting that this rural community is really keen to trap muselids, the support is overwhelmingly positive, and it’s going to make a real difference to protecting our native wildlife,”Mr Shanley says.

As part of the operation theywill help monitor traps on their property, using the latest technology developed by Wellington-based Goodnature - wireless traps that send a notification to a mobile device when the trap has a catch.

Goodnature technical expert Sam Gibson says their traps are fitted with Bluetooth technology that sends a notification to a mobile device, within 50 metres of the trap when it has a catch. The self-resetting traps automatically reset 24 times, and use a chocolate blood flavoured lure that lasts up to six months.

The behaviour and movements of mustelids will also be monitored for the first time on rural land in Taranaki, with about 400 tracking tunnels and 120 motion sensor cameras capturing data. It will be analysed by Towards Predator-Free Taranaki and Manaaki Whenua Landcare Research, providing information on predator numbers, species and how they respond to trapping.

The never-before-recorded information will be shared with other regions to help achieve the nation-wide ambition to remove all rats, stoats and possums from New Zealand by 2050.

New Plymouth farmers Steve and Daphne Tarrant, of Waiwhakaiho, have been trapping possums and stoats on their 18-hectare farmlet for the past five years and are looking forward to easier trapping and removing more predators with the new technology.

“We have bellbirds, tui, and pigeons come in the late afternoon, I can get away in a world of my own and it’s just marvellous. I really enjoy nature and we’ve seen more of it since regularly trapping on our property,” Mrs Tarrant says.

“It’s going to get even better with this new trapping technology, making it easier and faster to trap more, “ says Mr Tarrant, a former sheep and beef farmer in Strathmore.

Towards Predator-Free Taranaki is the country’s largest project of its kind and is supported by $11.7 million from Predator-Free 2050 Ltd. It is being rolled out around Mt Taranaki in different stages of work, involving residents, community groups, DOC, Taranaki Mounga Project, schools, iwi and the region’s three district councils.