Improvements to SH43 - Forgotten World Highway are a major focus for the Taranaki Regional Transport Committee.

Funding approved for sealing of SH43

A $9.6m Provincial Growth Fund investment to seal the remaining 12km unsealed section of SH43 was announced in December 2019. Physical works were scheduled to begin in the second half of 2020 and are expected to take up to three years to complete. 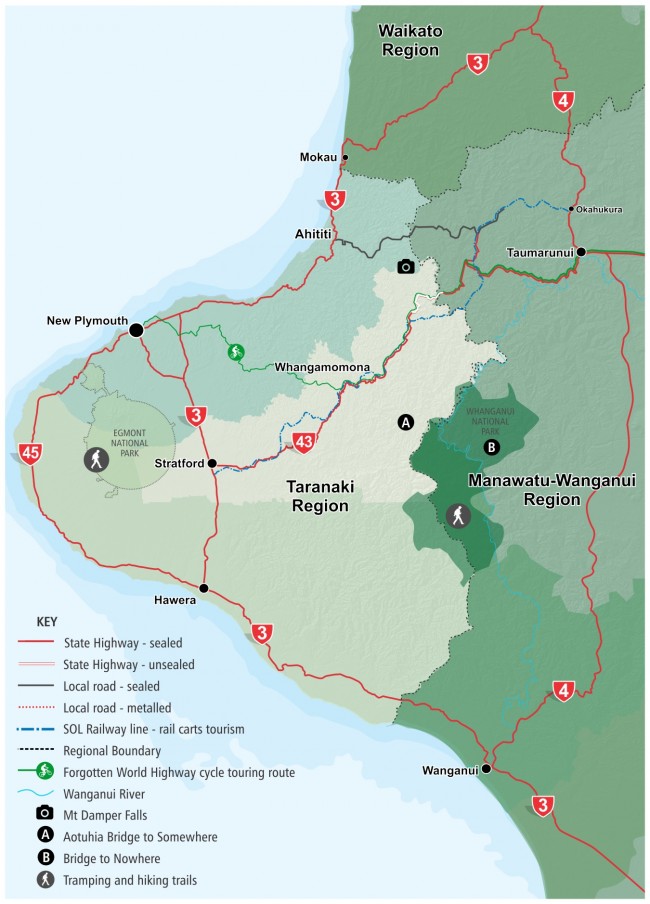 SH43's designation as the 'Forgotten World Highway' harks to the existence of abandoned settlements along its length and its relative isolation.

It provides access to several walking tracks and other attractions including the village of Whangamomona.

In 2017 the Taranaki Regional Council commissioned an investigation by Abley Transportation Consultants, The investigation concluded that improvements were needed, including complete sealing.

In December 2017 the NZ Transport Agency started work on a business case for completing the sealing of SH43.

Was the information on this page helpful? (1 being useful, 5 being not useful)