November was drier than average across Taranaki, with only six of our 27 monitored sites recording more rain than normal.

Rainfall in spring (September to November) ranged from 76% to 123% of normal, with an average of 97%. Ten were above normal: Dawson Falls, Omaru in the eastern hillcountry, Pātea, Stony River, Pohokura Saddle, Everett Park, Egmont Village, Bell Block, Brooklands Zoo and Hillsborough. 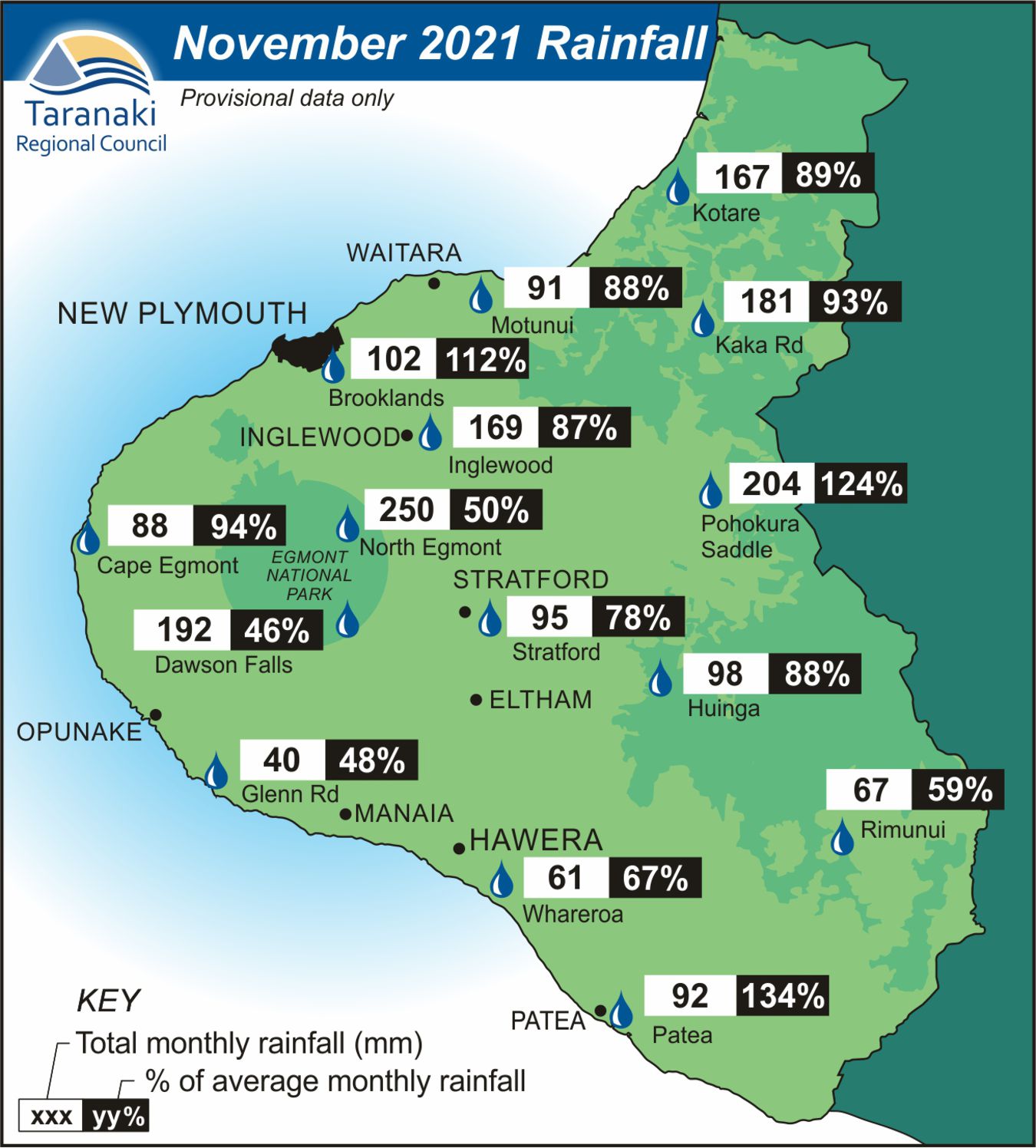 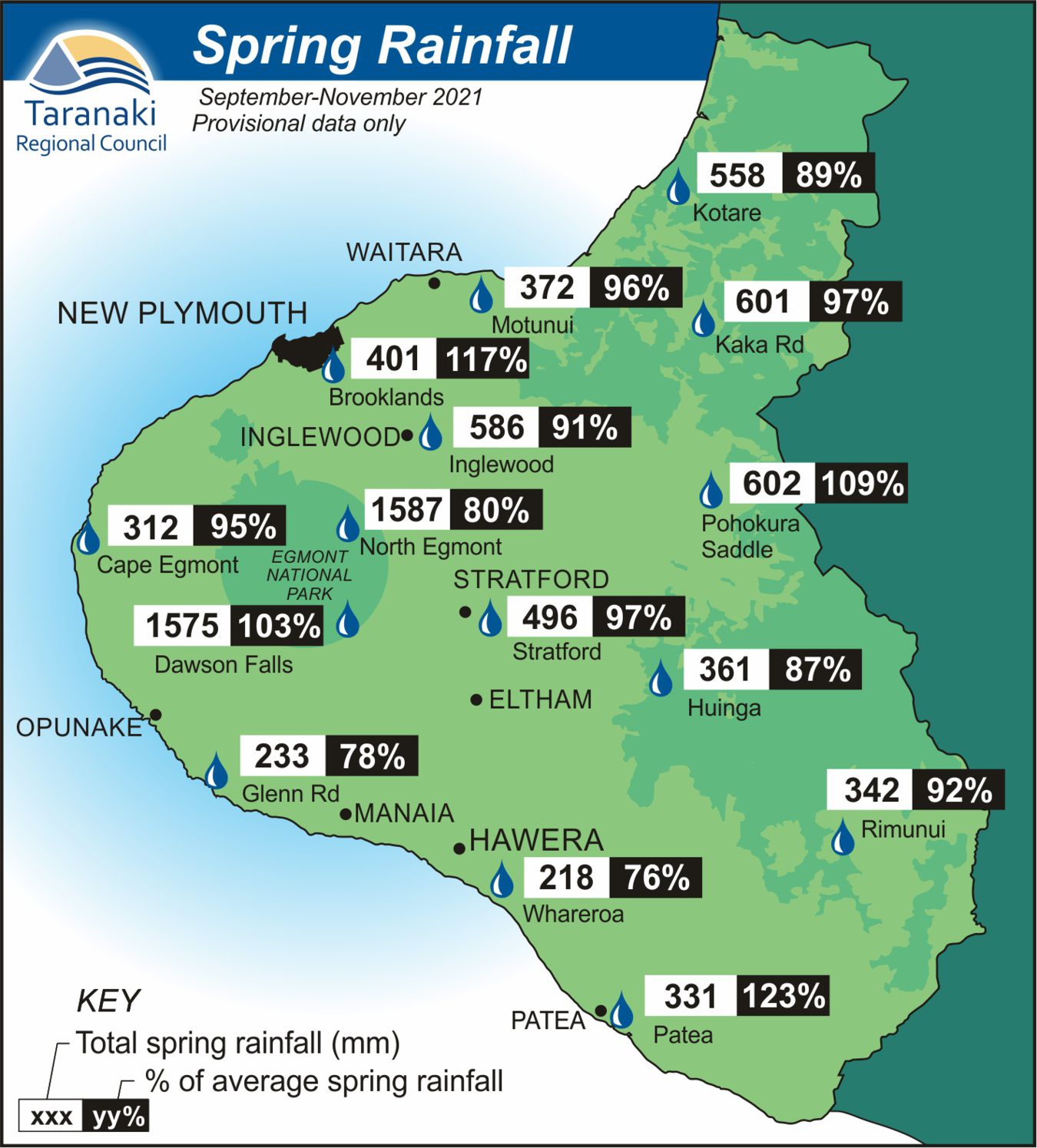 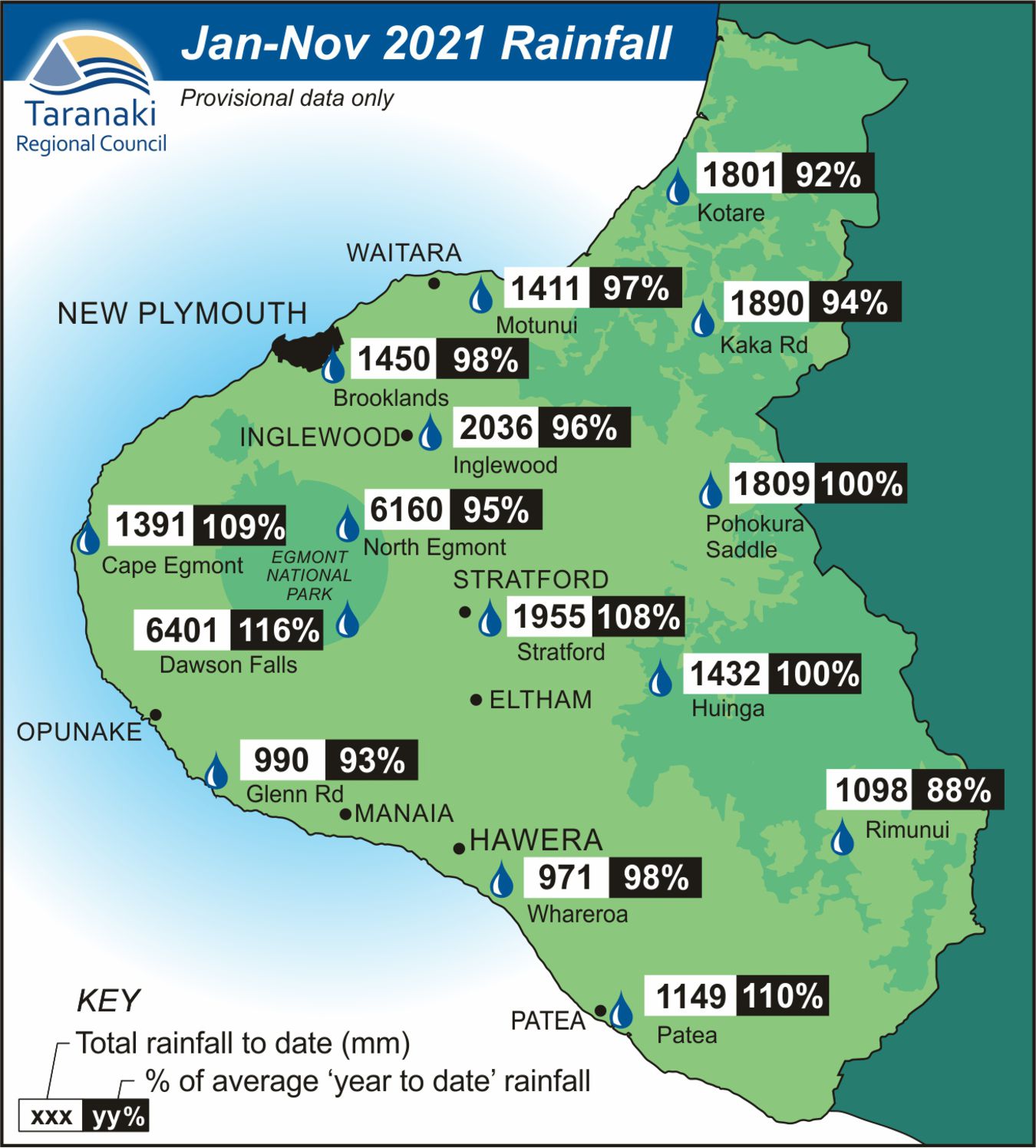 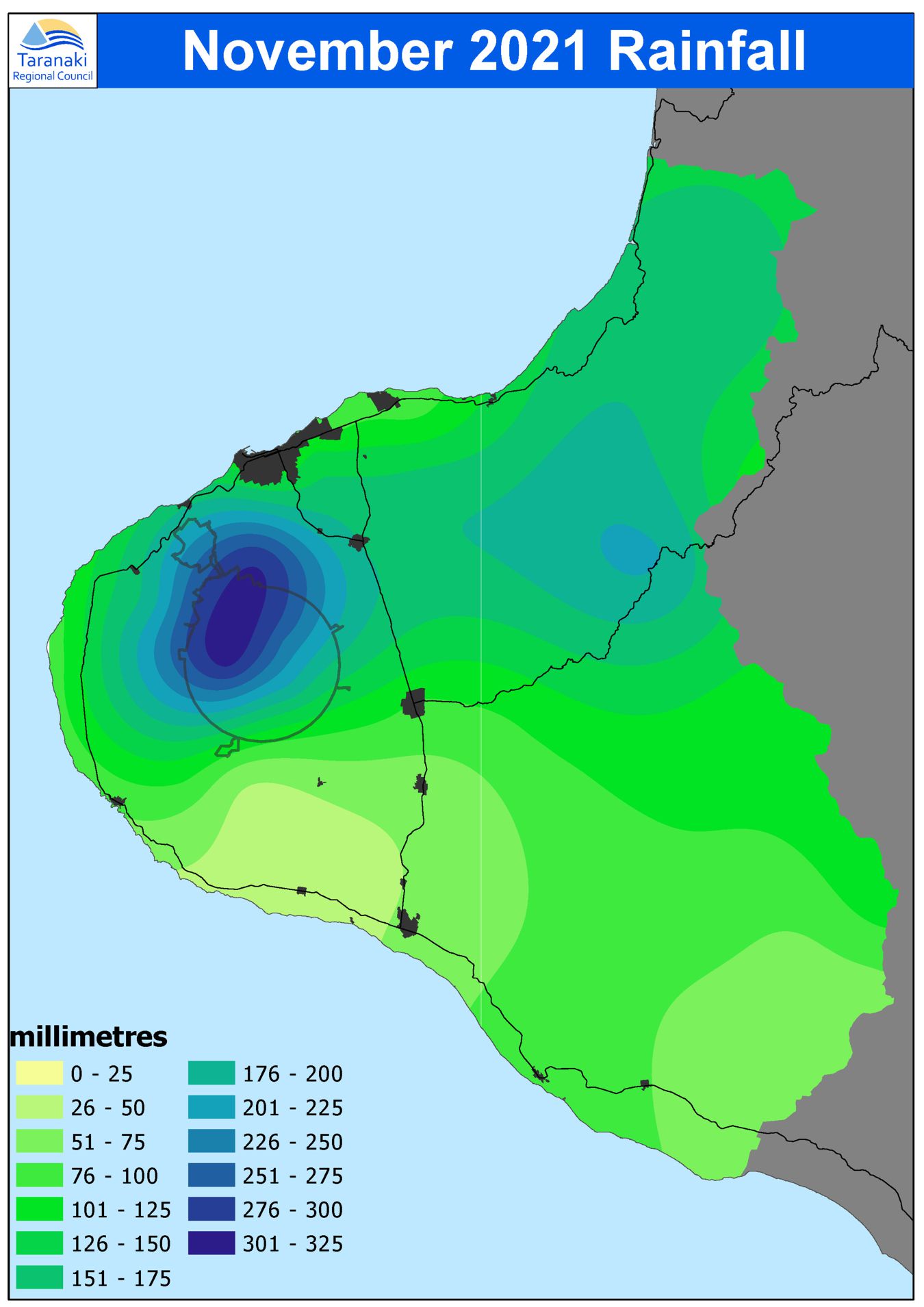 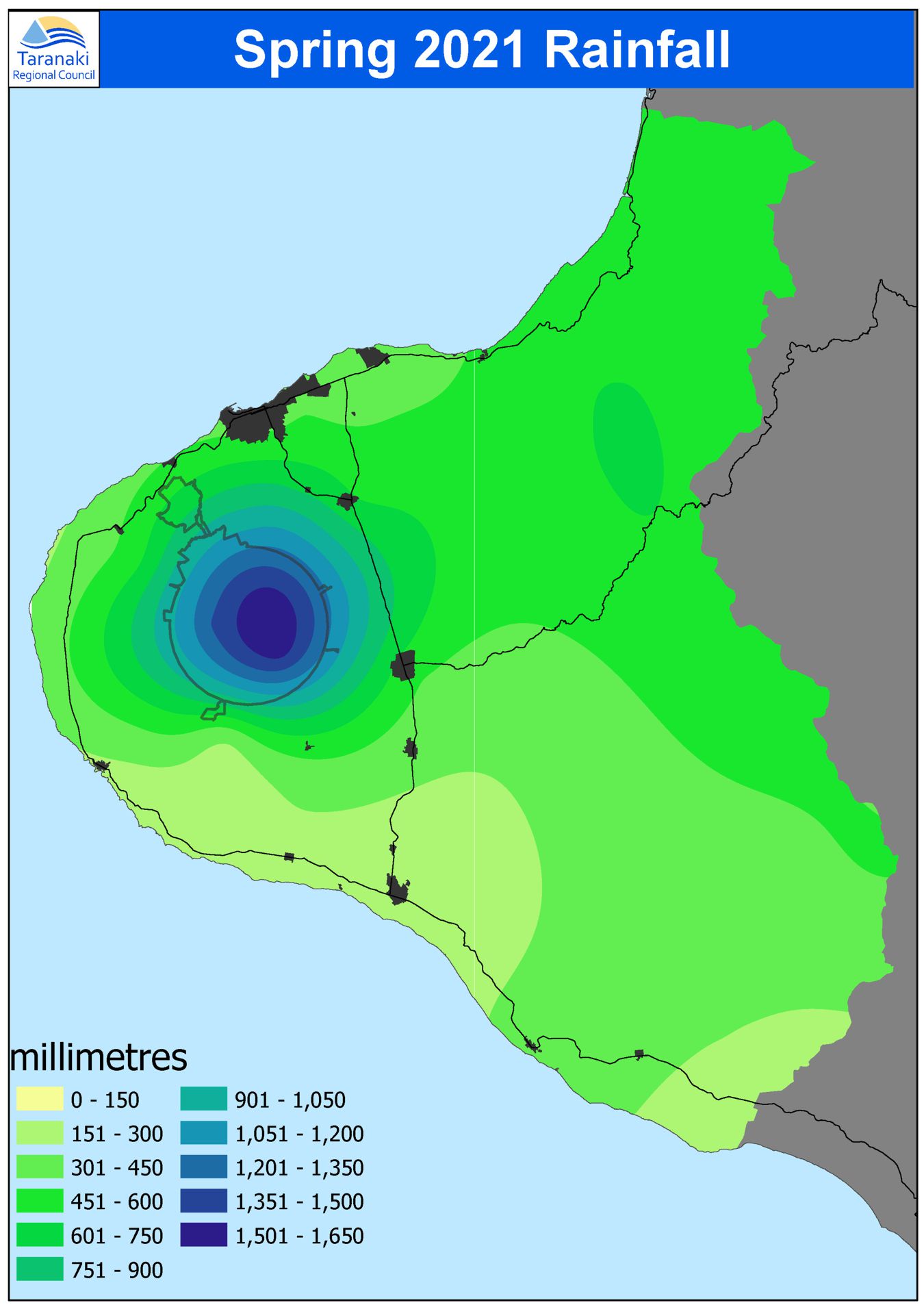 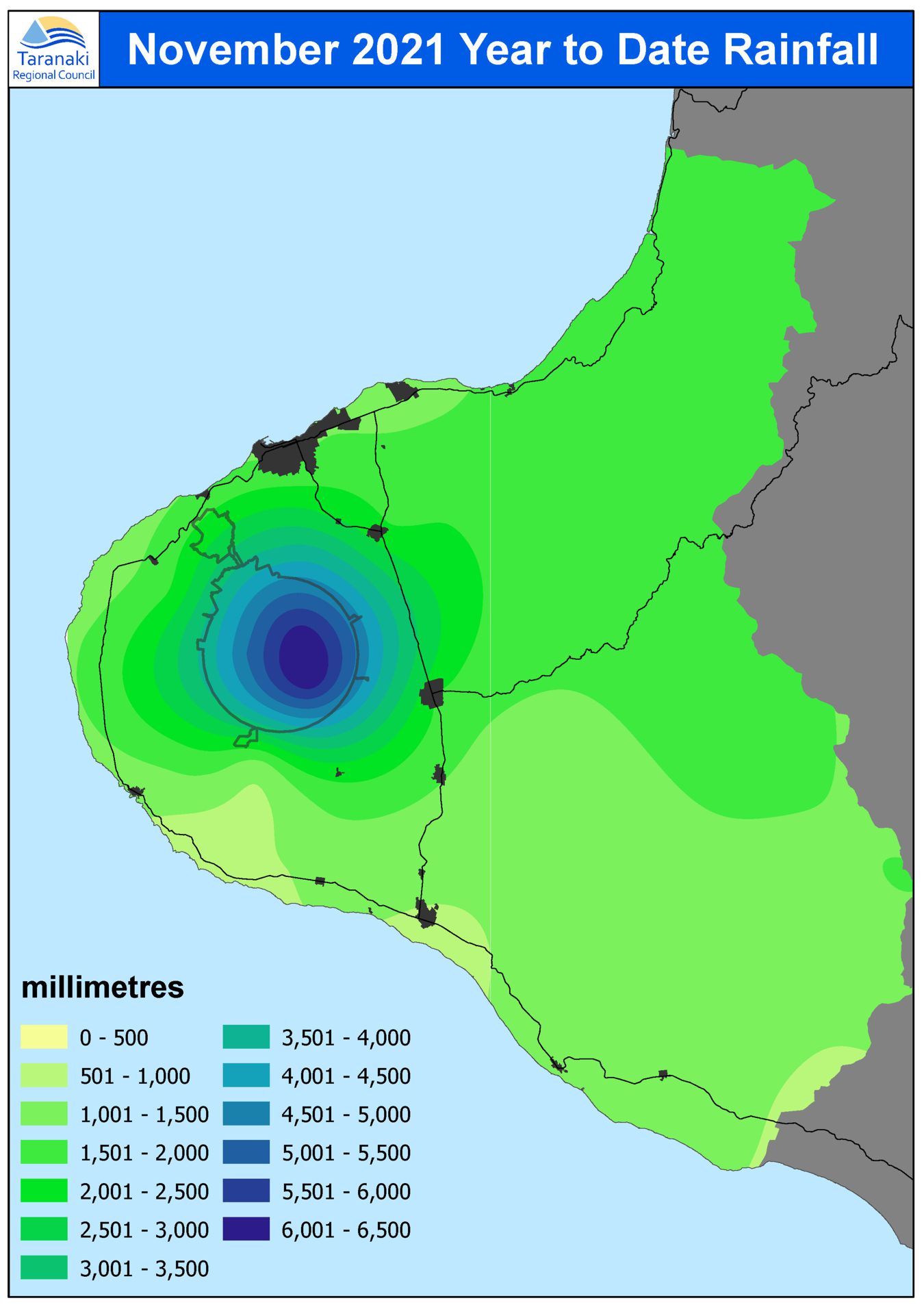