Our sites on Taranaki Maunga recorded near normal rainfall, ranging from 96% to 104% of normal.

Taranaki got most of its rain in the second half of the month. Unexpected snow fell in the the Stratford and Midhirst areas on 27 June. 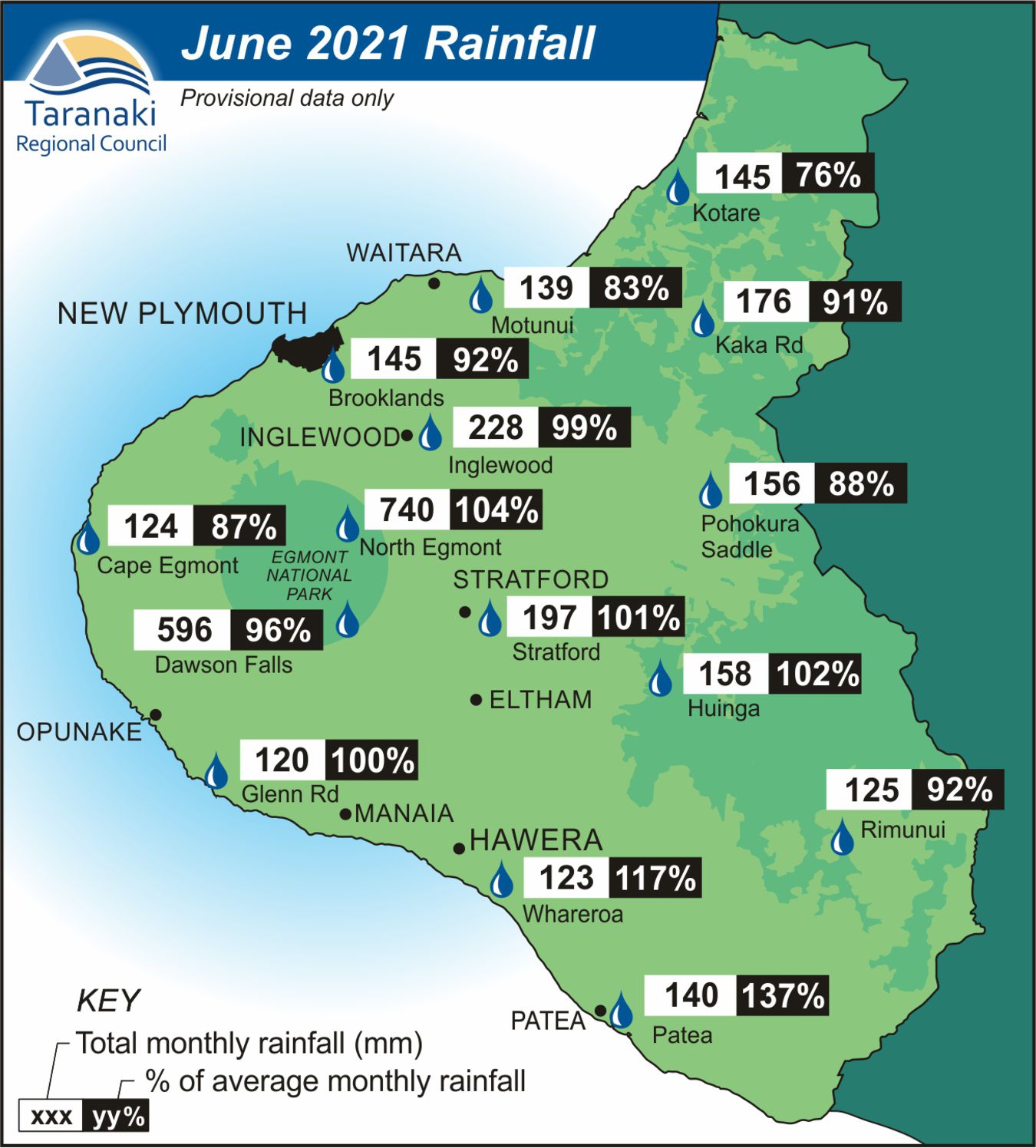 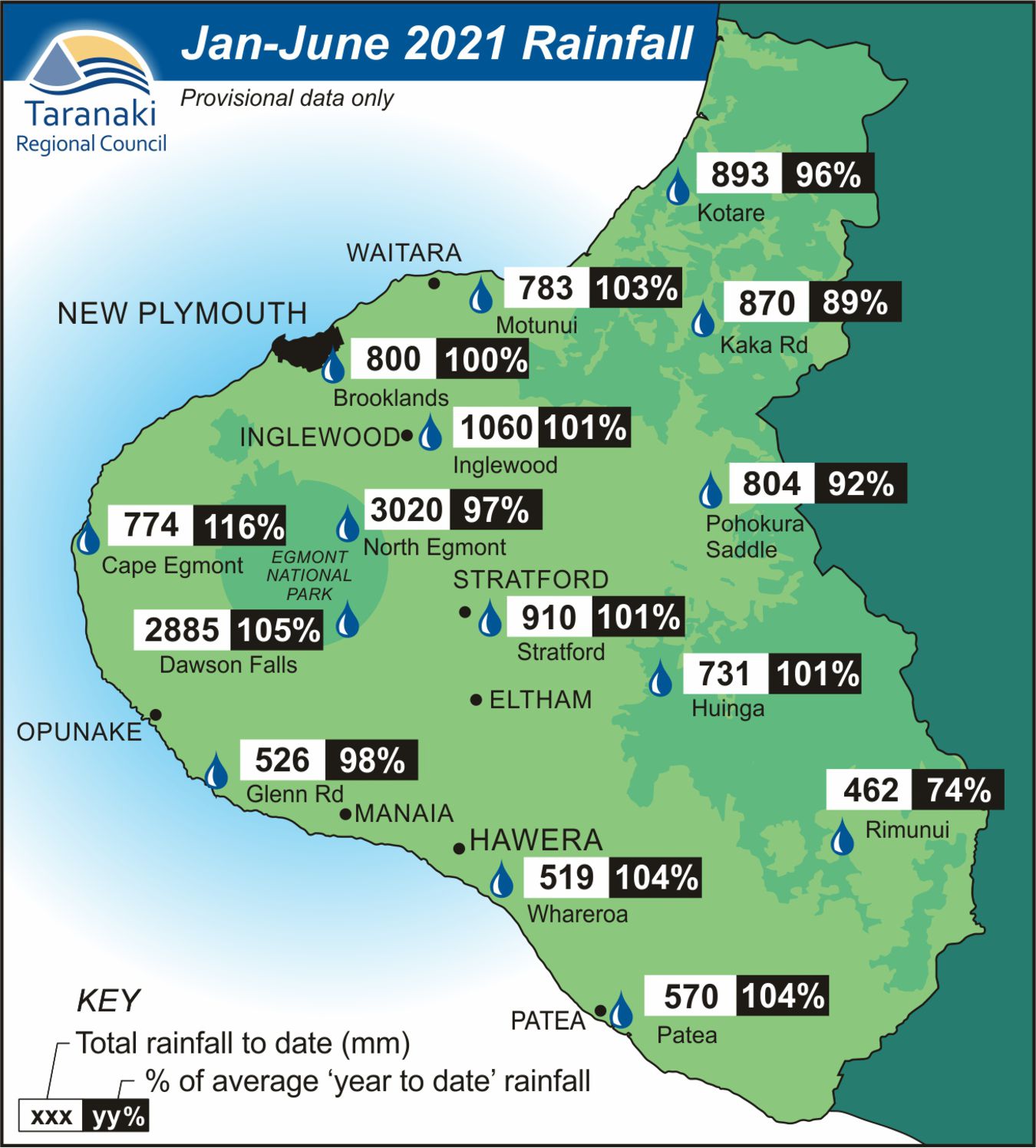 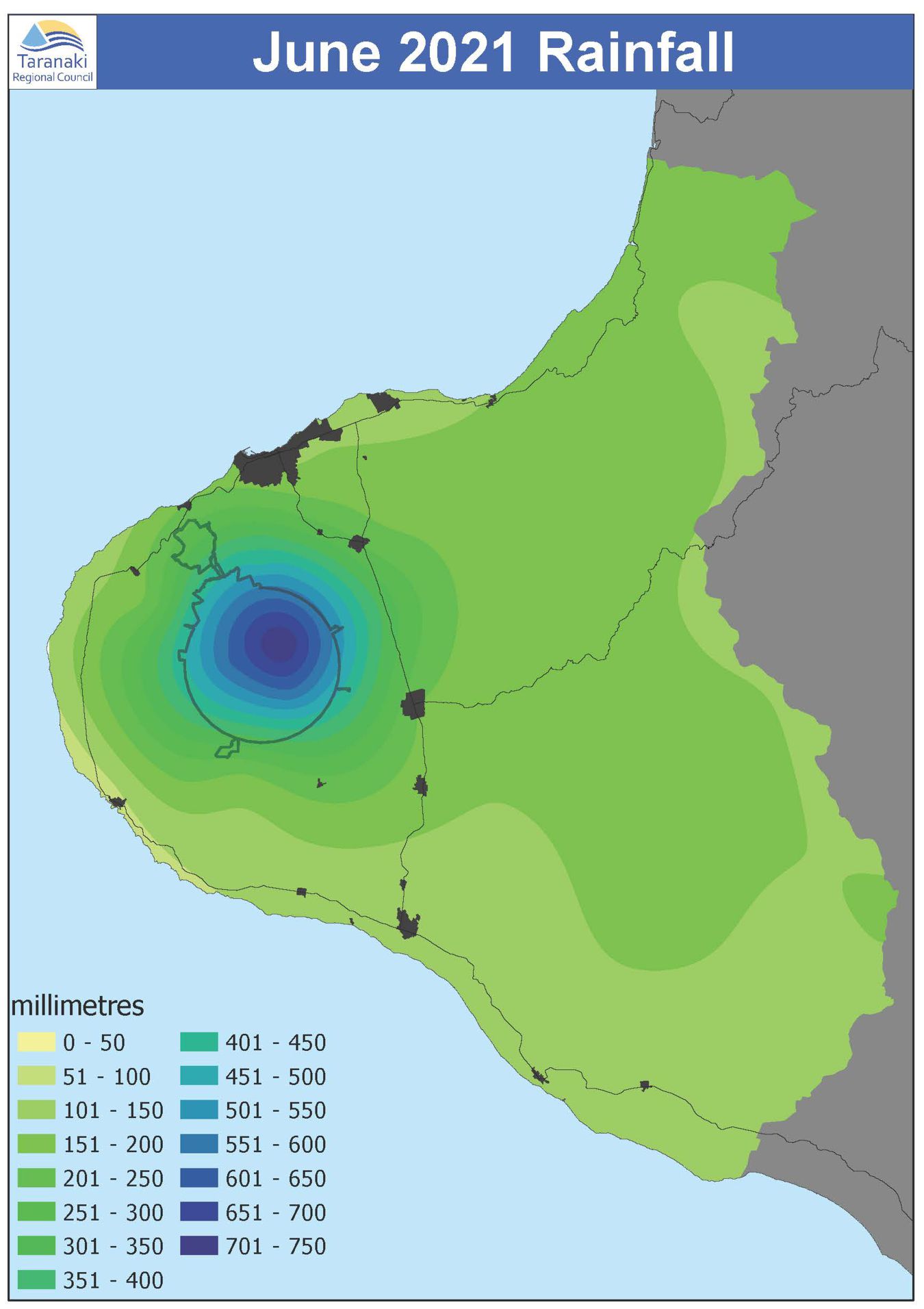 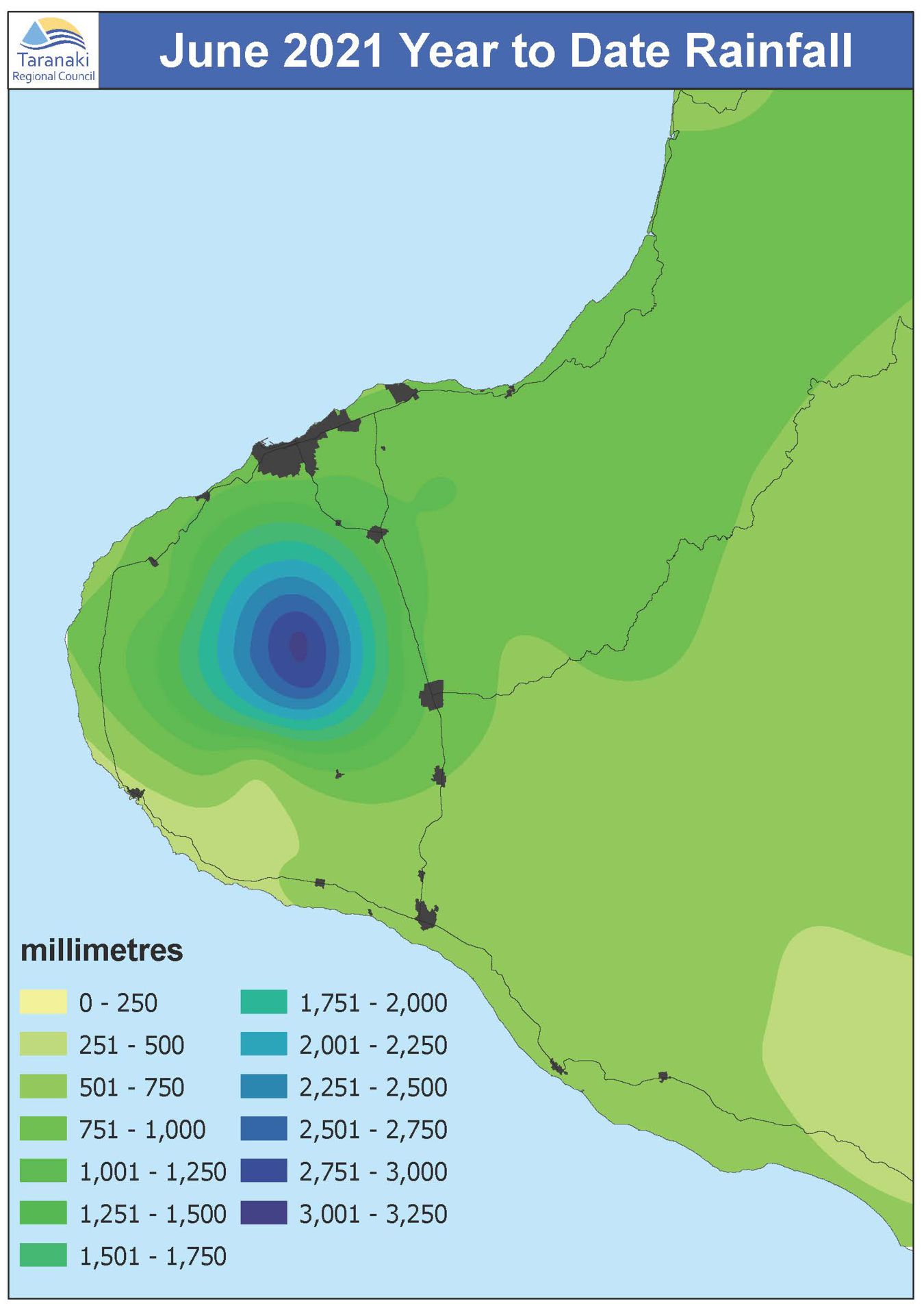