An 88-year rainfall record tumbled at Dawson Falls on Taranaki Maunga during July, with the highest 24-hour rainfall total since 1933.

A whopping 551mm on 16 and 17 July made a significant contribution to the monthly total of 1245.5mm, which is more than twice its usual rainfall for July.

Across the region, July rainfall ranged from 72% to Dawson Falls' 202% of normal monthly falls. The average was 101%. 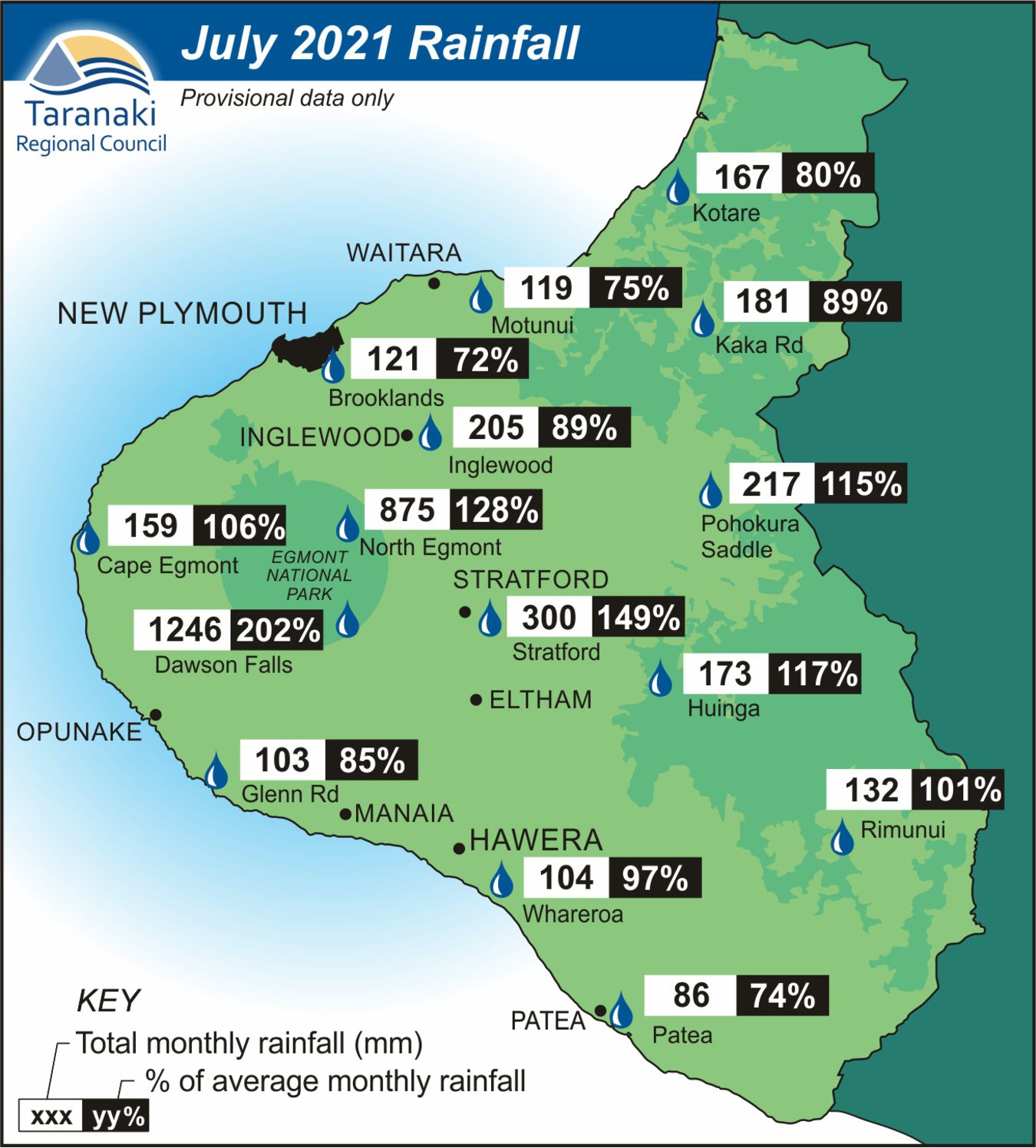 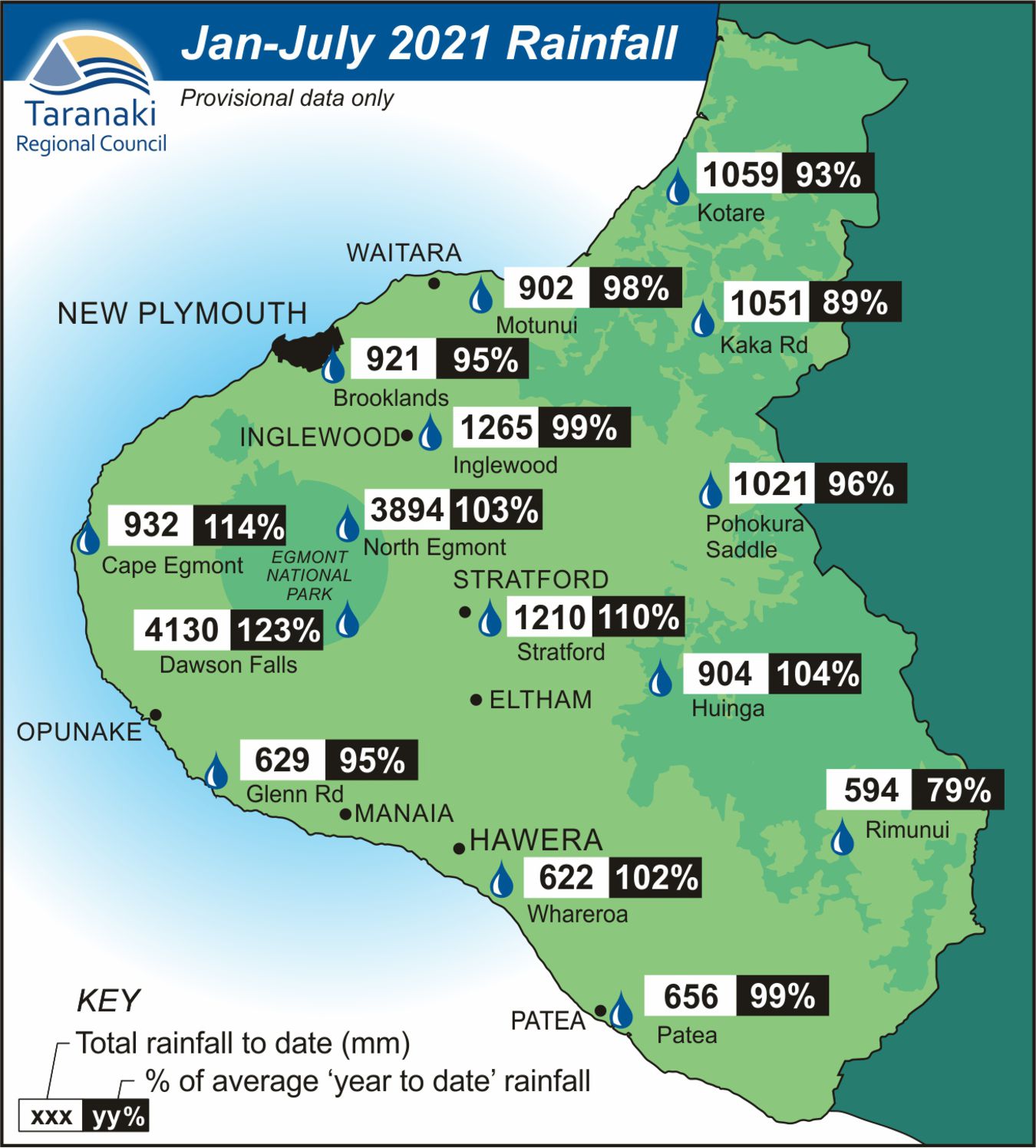 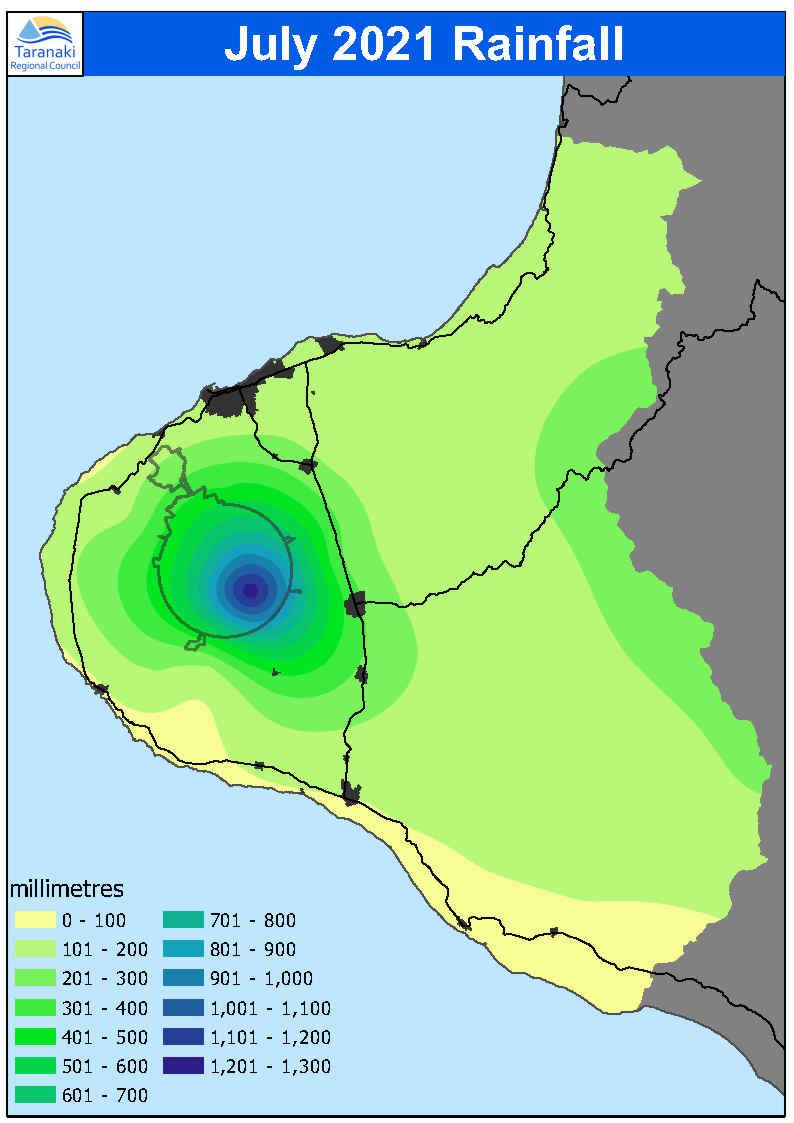 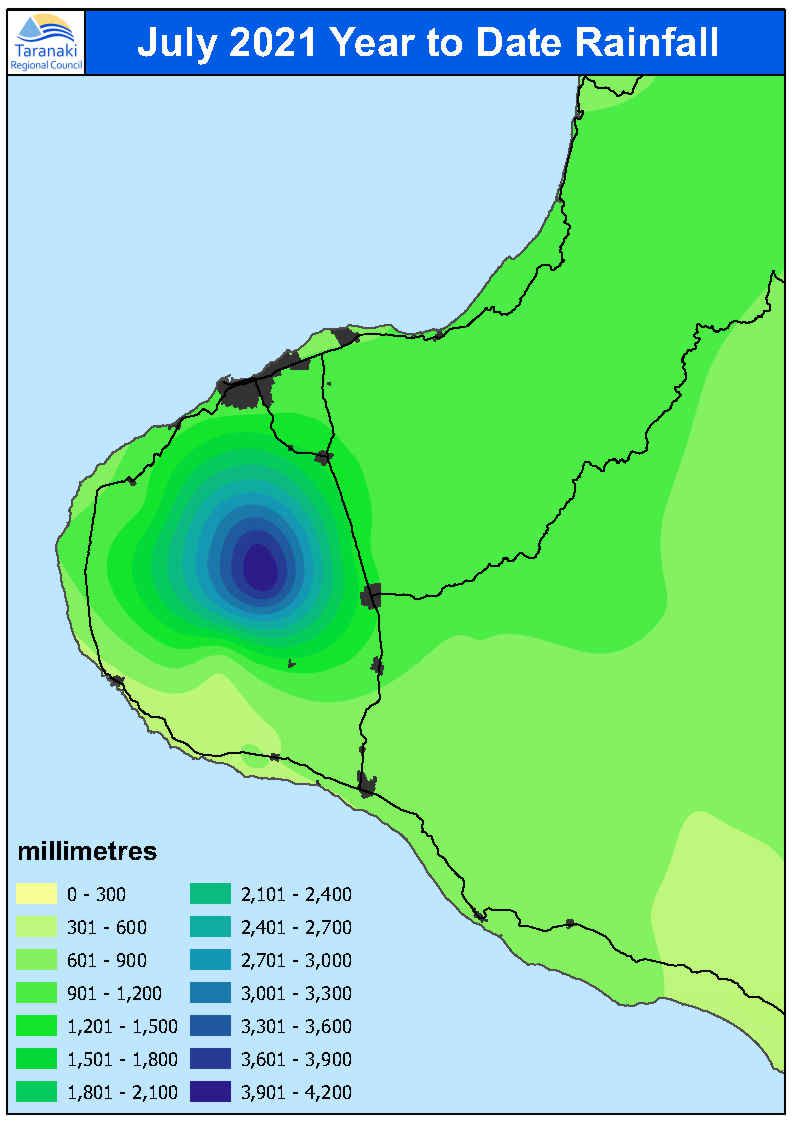