Most of our monitored sites got less than half of their usual December rainfall and a few of them were as low as 13% to 15%. This dry end to the year, however, balanced earlier wet periods, and total 2017 rainfall at most places was not far above normal. 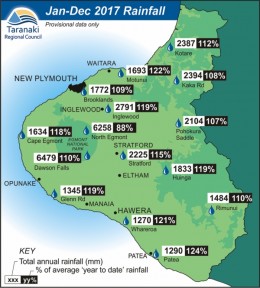 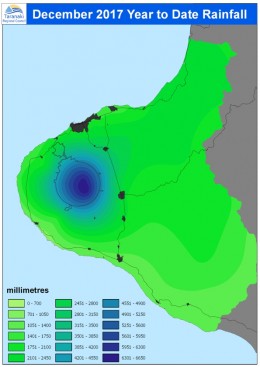