Unique butterfly released in Taranaki: Have you seen one?

A beautiful butterfly has arrived in Taranaki but don’t be fooled by its good looks - it has a very important job to do.

Three days before Christmas Taranaki Regional Council environment officers released about 100 Honshu white admiral (Limenitis glorifica) pupae at Oākura and another 100 at Kakaramea. Most had successfully hatched when the officers returned a week later. 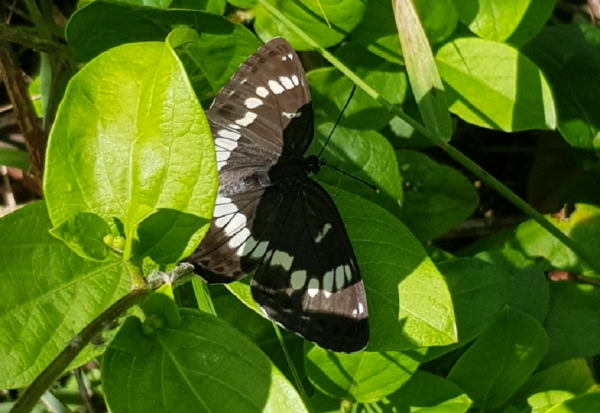 The butterfly was first imported from Japan in 2010 by Manaaki Whenua – Landcare Research as a biocontrol agent. It attacks Japanese honeysuckle, an invasive weed that smothers and strangles New Zealand’s native bush. It has been released in other parts of the country since 2014, following a period of containment and testing.

Although the adult butterflies only live for about a month, the females will lay hundreds of eggs in that time.

That’s good news, as the caterpillars feed on the leaves of the Japanese honeysuckle, damaging the foliage. When present in large numbers they can defoliate plants.

It’s hoped that in the longer term, they will help reduce the weed’s growth around the region.

The Council is keen to hear from anyone who spots a Honshu white admiral in Taranaki, to help track their progress and how far they spread.

It is unique looking so should be easy to distinguish from other butterflies.

Adults are black with white markings on the top of their wings. If you see them drying their wings, the underside appears orange.  Their wingspan is about 60mm.

Environment Services Manager Steve Ellis says the Honshu white admiral is one of several biocontrol agents the Council has released to control weeds. Agents may be used when a weed has become widespread and traditional chemical control is not practical.

If you see a Honshu white admiral, call the Council on 0800 736 222 and ask for a Biosecurity Environment Officer or register your sighting at iNaturalist.nz.(external link) 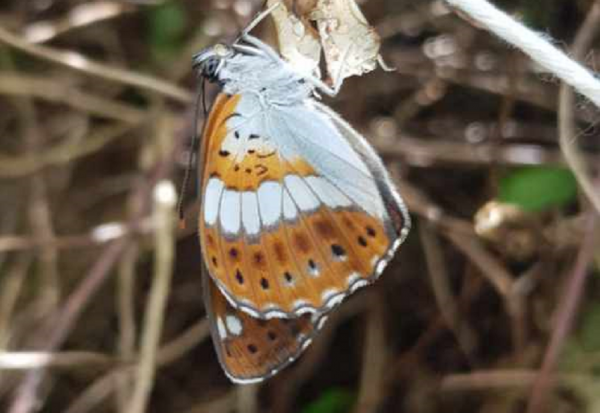