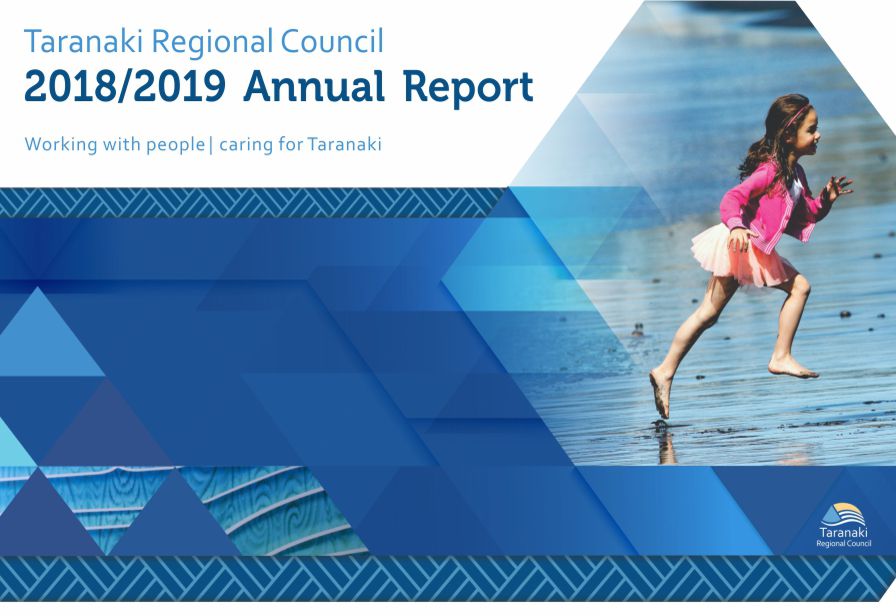 “The key to the year’s successes was effective partnership with the regional community, so the achievements noted in the report are to the credit of Taranaki as a whole, not just the Council,” he says.

“And once again, we finished the year in a strong financial position after meeting all the goals we’d set ourselves in supporting livelihoods, improving lifestyles and taking Taranaki forward.”

Mr MacLeod says it was exciting to see the community embrace the Towards Predator-Free project, the ambitious region-wide campaign launched in May 2018. “We set brave targets for the first year and, thanks to strong community buy-in, they were met.”

Monitoring data shows this intensive effort may already be making a difference - rats and possums in urban New Plymouth are decreasing, while the trapping network in rural and urban areas is expanding rapidly.

Mr MacLeod also praised the enthusiasm of young people and schools, and the way the Oākura-Kaitake community embraced the cause and made it their own. “This area was an excellent choice for the zero possum trial that is part of the wider programme.”

The long-running and world-scale effort by the region's rural sector to fence and plant thousands of kilometres of waterways in Taranaki continues to be rewarded by positive results in terms of freshwater quality. It's also winning wider attention and recognition.

As in recent years, latest monitoring shows the ecological health of waterways at or near the best ever recorded.

“It was most pleasing that the project won Local Government NZ's 2017 Excellence Award for Environmental Well-Being,” says Mr MacLeod. “But there are still gains we can make and a lot of work we need to do.”

Proceeding with repairs to the earthquake-prone grandstands and essential refurbishments at Yarrow Stadium with a budget of up to $50 million was one of the most momentous and difficult decisions ever faced by Councillors.

“Councillors had the benefit of detailed expert reports, and listened carefully to the wide range of views put forward during the consultation process,” says Mr MacLeod. “Reinstating the Stadium to what it was, with refurbishments that are necessary to meet current and foreseeable requirements for such venues, was undoubtedly the best option that was within the Council's financial capabilities.”

Mr MacLeod notes that not everyone agrees with the decision. “That is to be expected. Still, it's disappointing to note that misinformation and inaccuracies continue to be given currency by some.”

The year-end surplus of $5.99m arose largely from property and asset revaluations, dividends in excess of budget and revenue arising from the Waitara leasehold legislation. Excluding these factors, the surplus was about 3% of turnover.

A summary of the Annual Report will be published in community newspapers next week, and the full report will be available on the Council’s website, www.trc.govt.nz.